Thursday, June 21, marks six months since the Tax Cuts and Jobs Act became law. To mark this event, a hearing entitled Empowering a Pro-Growth Economy by Cutting Taxes and Regulatory Red Tape by the Financial Services Committee on Wednesday, looked back at how this act has impacted the economy over the last six months.

In his opening statement during the hearing, Sen. Jeb Hensarling, Chairman of the Financial Services Committee said that the passage of this legislation was “incredible good news that has made a great difference in the lives of our constituents.”

“Not only do we have tax relief, but we have a new regulatory agenda under this Administration to right-size regulation, and to help market participants actually comply, and to ensure that the burden of this regulatory infrastructure is minimized so that we can have economic growth – and indeed we do,” Hensarling said.

The tax reform bill enacted by Congress in December did four main things that impact housing. According to a recent report by CoreLogic, the legislation “cut marginal tax rates, dropped mortgage loan limit for interest deduction to $750,000 from $1 million for a new first mortgage, eliminated deductibility for some second liens, and capped the annual tax deduction for property, state, and local income taxes at $10,000.”

Another study, by Moody’s, indicated that the Tax Cuts and Jobs Act of 2017 decreased the tax incentive of homeownership by 1.61 percent from 1.67 percent to 0.06 percent for a family earning $150,000 annually in a high-tax state. It also found that though the legislation greatly reduces the tax benefits of homeownership, the impact on residential mortgage credit performance in the near-term will be neutral.

The legislation, according to a pair of economists is also likely to drive migration in the medium to long-term. In a recent Wall Street Journal op-ed, they said that changes instituted by the tax reform bill would ultimately drive millions of people out of blue states such as California and New York and into low-tax red states.

Despite detracting these homeownership benefits, a recent study by Zillow found that the legislation would spur billions in spending in the housing industry. According to the study, Americans are primed to channel $13.2 billion in tax savings toward the purchase or rental of a larger home and another $24.7 billion toward home renovations this year.

And this was an aspect pointed out by Hensarling too. “Just in the last couple of weeks, I heard from Brad in Wills Point, ‘the bank my wife works for has given two raises and increased benefits since the passage of the Act.’ I heard from Jim in Royce City in the Fifth District, ‘we take home three to four hundred dollars more per paycheck.’ It is making a difference, but there is so much more to be done,” he said.

Previous: How Real Estate Pros Are Embracing Mobile Devices
Next: How Low Can Foreclosure Rates Go?

How Times of Crisis Cause Stress on Minority Homeowners 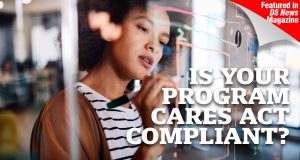 Is Your Program CARES Act Compliant?

Having remained apolitical since its inception, the Credit Risk Transfer program may now succumb to political pressure, according to a former Freddie Mac executive.