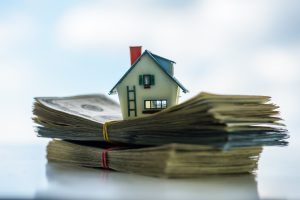 U.S. Senators Elizabeth Warren and Jack Reed, along with members of the Senate Committee on Banking, Housing, and Urban Affairs, have sent a letter to U.S. Department of Housing & Urban Development (HUD) Secretary Marcia L. Fudge calling on HUD to preserve homeownership affordability for American families as Wall Street firms expand their activity in the housing market. The lawmakers are calling on HUD to stem the flow of single-family homes to institutional investors and to answer a series of questions about its efforts to level the playing field between families and large investors.

“It is troubling that a significant–and growing–portion of our country’s starter homes are being purchased not by families who want to live in them, but by speculators who want to use them to generate financial returns for their investors,” said the letter. “While these trends are alarming, they are not surprising. Indeed, large investors benefit from a number of advantages that allow them to outcompete first-time homebuyers.”

The letter, signed by Senators Warren and Reed, cites Redfin data from Q4 of 2021 which found that investors bought 18.4% of the U.S. homes that were purchased in the fourth quarter, a record high. This total marked a near 44% increase year-over-year, with the greatest activity found in mid- and low-priced communities.

That same Redfin analysis found that real estate investors bought approximately 80,000 U.S. homes worth a total of $50 billion in Q4 of 2022, up significantly year-over-year.

The letter relayed three specific advantages that large investors have over the average homebuyer, including:

The senators’ joint letter also commented on how institutional investors were dipping into the nation’s housing supply.

“Large Wall Street-backed firms now own between 400,000 and 600,000 homes,” said the letter. “While that may represent a relatively small share of our country’s housing stock, this figure is too high at a time when single-family homes available for sale are at their lowest level in 40 years.”

Click here to read the letter from Senators Warren and Reed to HUD Secretary Fudge.