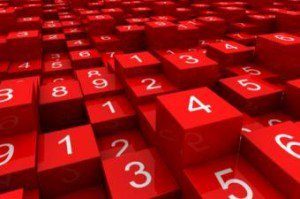 Close to 5,000 U.S. areas are eligible for consideration under the Community Reinvestment Act (CRA), according to a list released by several government agencies on Wednesday.

The Office of the Comptroller of the Currency [1], the Federal Deposit Insurance Corporation [2], and the Board of Governors of the Federal Reserve System [3] released their joint list of distressed or underserved nonmetropolitan middle-income geographies today, which pinpoints the thousands of low- and moderate-income CRA-eligible communities across the nation.

According to a press release from the agencies, the list names areas “where revitalization or stabilization activities are eligible to receive Community Reinvestment Act (CRA) consideration under the community development definition.”

Enacted in 1977, the Community Reinvestment Act encourages banks to “meet the needs of the communities in which they operate,” according to the Federal Reserve. The public can submit comments regarding local bank performances, and the institutions are evaluated periodically against community need. There are different standards for small, intermediate, large, wholesale, and strategic institutions.

Communities named on today’s list are eligible for CRA consideration for a full year after its publication.

“The agencies apply a one-year lag period for geographies that were listed in 2016 but are no longer designated as distressed or underserved in the current release,” the agencies reported. “Revitalization or stabilization activities in these geographies are eligible to receive CRA consideration under the community development definition for 12 months after publication of the current list.”