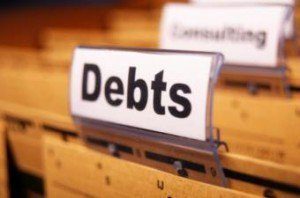 The GSEs prevented more than 49,000 foreclosures in the first quarter, an increase of nearly 5,000 preventions compared to Q4, according to the Federal Housing Finance Agency’s Q1 Foreclosure Prevention Report [1].

Those figures echo an overall favorable trend for the GSEs interms of distressed properties. Delinquencies, foreclosure starts, and REO inventories were all down in Q1, compared to Q4. Early delinquency (30-59) dropped most sharply, from more than 402,000 in Q4 to just under 318,000 in Q1. Serious delinquencies (above 90 days) dropped from just below 318,000 to almost 293,000. The number of all 60-plus days delinquent loans declined 10 percent to 377,622 at the end of the first quarter, the lowest level since 2008.

The GSEs’ serious delinquency rate in Q1 fell to a flat 1 percent, which also is the lowest level since 2008. This compared with 4.0 percent for Federal Housing Administration [2] loans, 2.1 percent for Veterans Affairs [3] loans, and 2.8 percent for all loans (industry average).

By the end of March, there were about 44,000 home retention actions overseen by the GSEs this year. That’s about on par with 2016 numbers. For all of 2016, there were roughly 164,000 home retention actions. These include actions like loan modifications and repayment plans. Home foreclosure actions (short sales and deeds-in-lieu) dropped 9 percent in the first quarter of 2017 compared with the fourth quarter of 2016. There were 4,936 completed short sales and deeds-in-lieu in Q1.

“These foreclosure alternatives help to reduce the severity of losses resulting from a borrower’s default and minimize the impact of foreclosures on borrowers, communities, and neighborhoods,” the FHFA wrote.