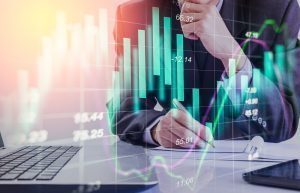 Despite positive opinions about the economy, investor optimism has dropped, according to the latest Wells Fargo/Gallup Investor and Retirement Optimism Index [1]. The Index fell to 85 in Q2 2019, down 18 points year over year.

“It is good to see that two-thirds of investors feel they are prepared to handle their investments during a recession,” said Tracie McMillion, Head of Global Asset Allocation Strategy for Wells Fargo Investment Institute. “While we do not see a recession in the near term, in many ways we are still recovering from the last one — which left a deep scar on many investors. This sense of preparedness is a positive sign.”

According to a Gallup poll [2], it’s real estate, not stocks, that are considered to be the best investment. The poll indicates that 35% of Americans believe real estate to be the superior long-term financial investment, compared to 27% who say stocks are the better investment.