The Future of Credit Risk Transfers 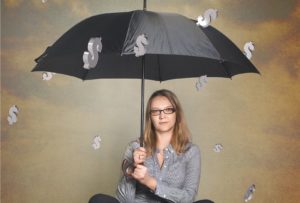 Fannie Mae and Freddie Mac’s credit risk transfer programs (CRT), initiated in 2013, are likely to experience declines due to rising interest rates and declining origination volumes, according to research from the Urban Institute. However, Laurie Goodman of the Urban Institute calls the programs “a huge success” and foresees potential growth “from outside GSE space” in the future.

Since the program began, the GSEs together have transferred part of the credit risk on a total of $2.1 trillion in acquisitions. Fannie and Freddie “have obtained coverage for up to 3.26 percent of losses on the $2.1 trillion of covered mortgage loans,” Goodman stated in her research paper, “Credit Risk Transfer: A Fork in the Road.” She continued to explain, “This is a significant amount of mortgage risk in a sector where Basel capital standards traditionally assigned 4 percent capital requirements.”

Goodman attributed the growth in the program to “continuous program innovation” and said she expects “the GSEs will continue to broaden their offerings.” However, she added, “This rapid growth of the CRT market cannot continue because collateral volumes were down in 2017 and are expected to decline further in 2018.”

Goodman pointed out four opportunities for growth in CRT at the GSEs: “(1) increasing the collateral base on new business that they target for CRT, (2) raising the detachment point on the existing CRT transactions to pick up more of the “catastrophic” risk, (3) laying off more first-loss risk, or (4) targeting the legacy book of business.”

The first two options “make little economic sense for the GSEs, as they provide little protection,” according to Goodman.

Goodman pointed out that the GSEs have already laid off most of their 30-year loans with loan-to-value ratios greater than 60 percent. Most of what is left is “low risk”—either shorter-term or lower-LTV loans.

With little room left for the GSEs to expand in the CRT space, Goodman suggested future CRTs will come largely from other sources, primarily mortgage insurers and possibly banks.

If offered capital relief on the loans, it could be beneficial for banks to engage in CRTs. If commercial banks could unload some credit risk, “It would reduce the volatility of earnings and allow banks to hold larger mortgage positions in portfolio,” Goodman explained.

For mortgage insurers, expanding in CRTs “is economic, it provides capital relief, and it reduces earnings volatility,” Goodman said.