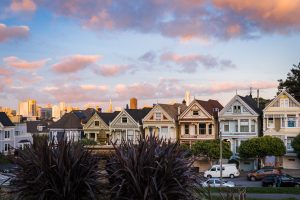 The Center for Disease Control (CDC) and the Biden administration, as well as the Federal Housing Financial Administration (FHFA) last week extended moratoria on evictions and foreclosures put in place following the declaration of the coronavirus pandemic. The announcement left the ban on foreclosures in place through the end of July, however, a CDC spokesperson said it will be the center's last extension.

While some experts have told DS News that could prove a good thing for mom-and-pop investors as well as the integrity of the housing finance system, the expiration of coronavirus-related borrower protections also could put some households, especially those with lower incomes, in danger of losing their homes.

A fintech non-profit called SaverLife partnered with The Brookings Institution for a study that explored the financial wellbeing of low- and moderate-income homeowners, who, have been disproportionately affected by COVID-19.

"Homeowners hit hard by the pandemic are falling behind, with many struggling to find quality jobs that pay a living wage," noted authors of the study.

Fifty-seven percent of respondents to the Brookings/SaverLife survey said their post-pandemic income declined. Of those who reported being employed, about four in 10 (39%) earned less income because they worked fewer hours. Another 18% reported working more hours but not earning enough to replace their pre-pandemic income. Notably, men were far more likely (23%) than women (11%) to report working more hours.

SaverLife says people of color are overrepresented in its survey, which indicates a "pronounced adversity" facing homeowners of color as protections expire.

"This real-time pulse check suggests that premature withdrawal of critical federal and state subsidies would exacerbate the hardships faced by communities of color and undermine recovery for other economically disadvantaged groups, including women and younger Americans," Brookings researchers reported. 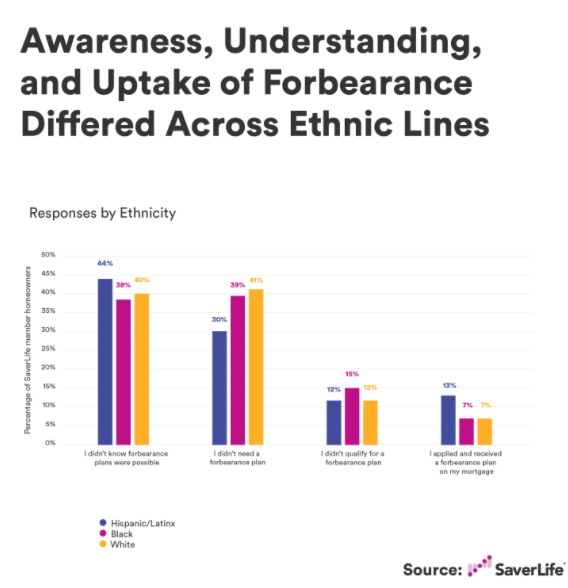 A massive issue for lower-income homeowners has been the lack of understanding about protections available to them, the study showed. Just 8% of respondents, mostly lower-income and people of color, reported having received a forbearance plan. That, according to the researchers, is because many of these homeowners were unaware of and missed the window for forbearance provided by the Coronavirus Aid Relief Economic Security (CARES) Act. (Researchers at the Urban Institute published a report last year showing the same).

"The looming forbearance cliff threatens to expose millions of unemployed and underemployed homeowners to foreclosure, bankruptcy, or pressure to sell prematurely," the authors of the Brookings report said. "These escape routes will undoubtedly exacerbate the racial wealth gap; each option represents a retreat from homeownership that communities of color are ill-prepared to absorb."

Authors at Brookings point out that Fannie Mae raised concerns early in the pandemic that familiarity with forbearance relief was "alarmingly low among homeowners with incomes below $50,000: 56% were unaware of payment deferrals."

The report, available in full on the Brookings.edu website concludes with what researchers call an "enormous opportunity to avert a foreclosure crisis." That is, they say, for states to strategically invest the $10 billion 2021 Homeowners Assistance Fund, which provides states with a wide range of options to mitigate borrower hardships.

"While resolving backward-looking obligations, such as overdue utility and property tax bills, is a critical aspect of home preservation, the benefits will likely be too short-lived to have a measurable long-term impact," conclude researchers at Brookings. "Instead, states should prioritize relief options that make mortgage payments affordable, including making refinancing more accessible. States should provide distressed borrowers with HAF grants to lower the costs of refinancing."

Note that the results of the Brookings/SaverLife study were published just prior to a one-month extension of FHFA foreclosure protections and the CDC's eviction ban. However, the short extension does not change the foreseeable problems for borrowers or the researchers' recommendations. Other recent updates include instructions published Monday by the Consumer Financial Protection Bureau aimed at easing the predicted surge in foreclosures.

Previous: Addressing the Housing Needs of Small and Midsize Cities
Next: FHFA Adds to Its Leadership Team