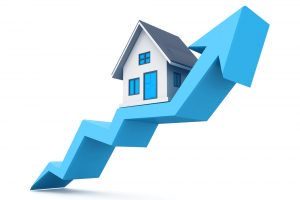 According to the latest S&P CoreLogic Case-Shiller Indices, home prices continued to increase in April, as the U.S. National Home Price NSA Index reported a 14.6% annual gain in April, up from 13.3% in the previous month.

Phoenix, San Diego, and Seattle reported the highest year-over-year gains among the 20 measured cities in April, with Phoenix leading the way with a 22.3% year-over-year price increase, followed by San Diego with a 21.6% increase, and Seattle with a 20.2% increase. All 20 cities reported higher price increases in the year ending April 2021 versus the year ending March 2021.

“April’s performance was truly extraordinary,” said Craig J. Lazzara, Managing Director and Global Head of Index Investment Strategy at S&P DJI. “The 14.6% gain in the National Composite is literally the highest reading in more than 30 years of S&P CoreLogic Case-Shiller data. Housing prices in all 20 cities rose; price gains in all 20 cities accelerated; price gains in all 20 cities were in the top quartile of historical performance. In 15 cities, price gains were in top decile. Five cities–Charlotte, Cleveland, Dallas, Denver, and Seattle–joined the National Composite in recording their all-time highest 12-month gains.” 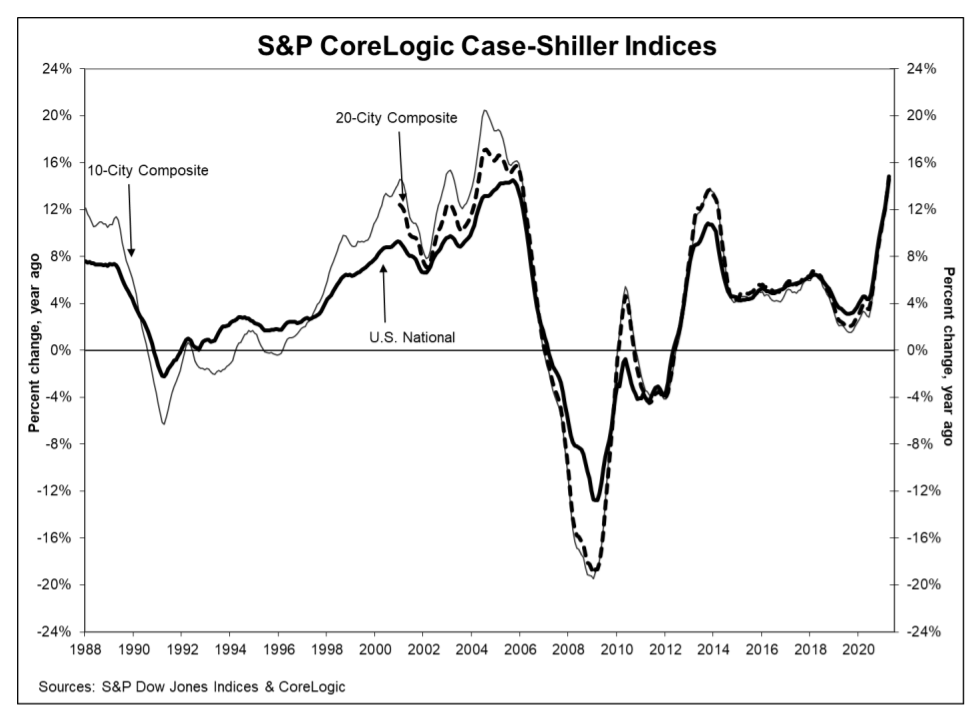 “Although home price growth is reaching new highs, the risk of price declines has fallen far below pre-pandemic and summer 2006 levels, when homes prices last peaked,” said CoreLogic Deputy Chief Economist Selma Hepp. “This is likely because favorable mortgage rates and income growth continue to keep the ratio of mortgage payments to monthly household income much lower today. Consequently, elevated buyer demand, coupled with lacking for-sale inventories, will continue putting pressure on prices—which are likely to remain at double-digit increases through the third quarter of 2021.”

Rates continue to hover in the 3% range, as just last week, Freddie Mac reported the 30-year fixed rate mortgage (FRM) at 3.02%, the first time in 10 weeks the FRM surpassed the 3% mark. Mortgage apps are also on the upswing as the Mortgage Bankers Association (MBA) reported that both purchase apps are rose over the previous week, 2.1% over the previous week, after three consecutive weeks of declines.

“We have previously suggested that the strength in the U.S. housing market is being driven in part by reaction to the COVID pandemic, as potential buyers move from urban apartments to suburban homes,” said Lazzara. “April’s data continue to be consistent with this hypothesis. This demand surge may simply represent an acceleration of purchases that would have occurred anyway over the next several years. Alternatively, there may have been a secular change in locational preferences, leading to a permanent shift in the demand curve for housing. More time and data will be required to analyze this question.”