Over the past several years, various groups and organizations have been addressing the challenges within the appraisal industry relating to appraiser trainees. Most state appraisal boards around the country are reporting declines in the number of trainees registered and pursuing state appraiser licensure or certification. The root cause appears to be from several market factors.

To begin, the changes in January 2015 to the Appraiser Qualifications Board (AQB) minimum criteria included a requirement of a four-year college degree instead of associates degree or alternative to qualify for the residential certification credential. The unintended consequence of this action is impacting appraiser trainees who previously had incentive to become licensed in the minimum twelve month time frame after accumulating the required 2,000 hours of experience and passing the applicable exam. The consequence is discussed later in this article regarding the devastating impact of the 2008 Congress mandate to only include certified appraisers on the FHA panel.

Another impediment has been the 5-year experience requirement of some lenders and AMCs, thus preventing a recently credentialed appraiser lacking the 5 years experience from being able to sustain a living.

In response to input from industry participants, the AQB is revisiting the 2015 minimum criteria and has issued a concept paper, three exposure drafts, and conducted several public meetings soliciting input in 2015, 2016, and, most recently, April 2017.

Appraiser advocacy groups continue to meet with state appraisal boards whose legislation contain language prohibiting appraisers to sign appraisal reports or independently inspect properties. The next face-to-face meeting will be held in Washington D.C. at the Association of Appraiser Regulatory Officials Fall Conference on October 13-16, 2017.

After numerous meetings and forum discussions in 2016 with lenders and AMCs, several lenders agreed to allow appraiser trainees to sign appraisal reports and independently inspect properties if they comply with the Uniform Standards of Professional Appraisal Practice (USPAP) Competency Rules as well as applicable state appraiser regulations.

Progress has also been made on lenders accepting appraisers with less than 5 years experience onto their lender appraiser panels, creating opportunities for recently licensed and certified appraisers.

On December 17, 2008, Congress mandated that only certified appraisers could qualify to be on the FHA panel. As a result, lenders unsure whether they would be submitting to conventional underwriting or FHA began only ordering appraisals from certified appraisers. The results were devastating. Between 2008 and 2017, licensed credentials declined by 75 percent. Trainees who once could begin an appraiser career in 12 months with a license credential must now work a minimum of 24 months to obtain the certified credential to sustain a living. On April 13, 2017, David Bunton, President of the Appraisal Foundation, sent a request to the Subcommittee on Economic Opportunity to reverse the 2008 mandate and allow licensed appraisers to once again qualify for the FHA panel. Hopefully, for the sake of licensed appraisers and appraiser trainees, that 2008 mandate will be reversed.

Previous: Leading the Field
Next: Winning Their Game—Entice Millennials into the Market

Greg Stephens is a recognized subject matter expert in appraisal regulations and standards, whose 40-year career in the industry includes owning and managing a five-office regional appraisal firm in Northern California for 24 years, spending 10 years in financial institution valuation QC and governance prior to joining Metro-West Appraisal Co. in 2011. For over twenty years he has been providing qualifying and continuing education seminars around the country through his seminar company, Appraisal Seminars, the Appraisal Institute, and several colleges.

The Next Steps for NFIP 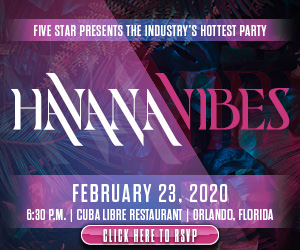 The Fed’s Contingency Plan for the Next Recession

What role could housing play in economic growth over the next year? Click through to find out.