The Lingering Impact of Hurricane Maria on Puerto Rico 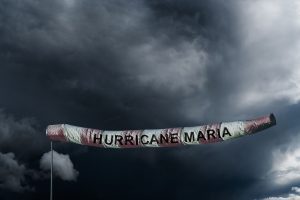 Hurricane Maria crippled the island of Puerto Rico and left a lasting impact on many facets of life for its citizens. Additionally, the hurricane sent already slumped home prices spiraling further downward. However, Puerto Rico’s real estate professionals are resilient, maintaining a decidedly positive outlook on the future of Puerto Rico’s housing market and economy.

Home prices today are about half what they were eight years ago, according to Point2 Homes, a real estate website for Americans and Canadians seeking properties in on the island.

Point2 Homes looked into traffic on its own website, as well as on Google, to determine home price trends in Puerto Rico. The company also surveyed real estate professionals on the island and visitors to its website and released its findings this week.

Home prices have been declining on the island ever since the housing crisis of 2008. After Hurricane Maria, prices spiraled down another 15 percent, according to Point2 Homes’ analysis of homes listed on its website. The median price of a home listed on Point2 Homes today is $116,750, down from $136,500 just before Hurricane Maria and down from $224,000 in 2010.

The Humacao and Aguadilla markets have experienced a 74 percent decline in home values over the past eight years. On the other hand, Rincon and Guaynabo fared better, albeit with still significant price drops of 13 percent and 14 percent, respectively. Point2 Homes noted that these are two of the most expensive housing markets in Puerto Rico.

Tourism remains strong for the island with 80 percent of Puerto Rico’s hotels already back in business and an anticipated 1.7 million future visitors having already booked a stay during the upcoming cruise season. This should translate to about $250 million in revenue for the island, according to Point2 Homes.

“Puerto Rico is setting its hopes on tourism as a way to speed recovery, while voluntourism is also promoted and highly appreciated,” Point2 stated.

Interest in the housing market also remains strong. In an April study ranking the top destinations for U.S. residents purchasing a home in the Americas, Puerto Rico ranked third, according to Point2 Homes.

Previous: As Summer Heat Rises, So Do REO Sales
Next: The Resurgence of Urban Housing