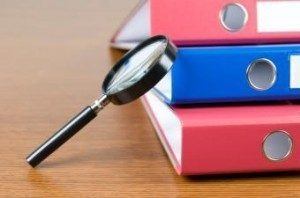 Recently, in a roundtable event on community blight in Harrisburg, Pennsylvania, a town plagued with 447 cases of vacant or abandoned homes, Senator John DiSanto (R-PA) met with Senator Tom McGarrigle (R-DE), Harrisburg Mayor Eric Papenfuse, the Senate Majority Policy Committee, and Urban Affairs and Housing Committee to discuss the blight epidemic and brainstorm solutions and ways to incorporate them. Robert Klein, Founder and Chairman of Community Blight Solutions, was invited to address the group and discussed his leadership role in advocating at the state and local level for policy and legislative changes, including fast-track and no plywood boarding legislation, to address the problem of community blight.
Senator DiSanto opened the roundtable with remarks on how state legislators are working with local communities to eliminate problems associated with the blight that is ruining communities and wasting taxpayer dollars.
Due to outdated foreclosure laws, vacant or abandoned properties can sometimes stay empty for years, and are vulnerable to structural damages from weather and erosion, as well as ideal breeding grounds for crime, drug-use, and squatters; often times they will act as dilapidated kindling for fires. Fast-track foreclosures allow mortgage servicers to obtain the property faster, rehabilitate it, and put it back on the market before it becomes blight.
Although plywood boarding has been the industry standard for decades, it has quickly developed a stigma of dilapidation and vacancy. It offers abandoned properties little protection from the elements, and is easy to remove for those that wish to use the empty space for suspect actions out of sight of the community it surrounds. Polycarbonate boarding, a clear window and door system, is a much more ideal alternative to prevent squatting.

The Harrisburg Roundtable was the first of several planned roundtable events around the commonwealth.