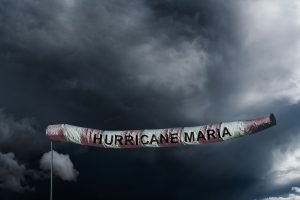 The benefits of TSA for these families was set to run out on June 30 cutting off housing assistance for the group residing in state-side motels. But U.S. District Judge Leo Sorokin of Massachusetts ordered an injunction on the evictions until checkout time Wednesday, July 4 in response to a complaint filed by a nonprofit. Then, on Tuesday, July 3, U.S. District Court Judge Timothy Hillman provided a further reprieve of 20 days to the displaced families, extending the program until July 23.

“The program provides direct payments to hotels to temporarily shelter survivors while they seek other long-term housing solutions,” FEMA said in a statement. The agency covers the costs of the room and taxes.

“FEMA will continue to work with its vendor and notify hotels that the TSA program for Puerto Rico has been extended until July 23, with checkout on July 24, to comply with the Court’s order. Beyond that, FEMA will not comment on pending litigation,” said William Booher, Public Affairs Director at FEMA in a statement.

According to FEMA, more than 1,700 families are currently receiving aid under TSA, with 585 of these families residing in Central Florida motels. The federal agency had said that it had spent more than $432 million on lodging for tens of thousands of hurricane survivors over 10 months.

FEMA has also extended its transportation assistance program for displaced survivors of hurricanes Irma and Maria until August 30, the agency said. This program covers the cost of airfare, luggage, and pet fees for the return of these evacuees to Puerto Rico from the continental U.S.

Learn more about the efforts after Hurricane Maria in Puerto Rico:

The Lingering Impact of Hurricane Maria on Puerto Rico

FEMA Aid for Some Displaced Puerto Ricans Running Out

Previous: The Industry Pulse: Updates on Transunion, Vendorly, and More
Next: Home Price Pessimism on the Rise?