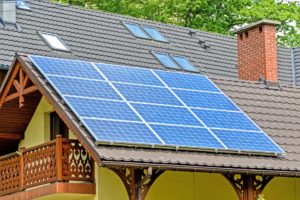 First introduced in California in 2014, Property Assessed Clean Energy (PACE) financing has since allowed more than 220,000 homeowners to make “green” improvements to their properties. PACE allows property owners to secure all the upfront financing they need, then pay that off over terms of up to 30 years at a fixed interest rate. However, PACE financing has been occasionally controversial within the industry, and now a new analysis from Kroll Bond Rating Agency has examined whether those concerns were justified.

Unlike traditional mortgage loans, PACE financing doesn’t require a down payment or even a monthly payment. Instead, the loans are repaid through an addition to the home’s property taxes over time. The PACE assessment contract also follows the property itself, rather than the property owner—in the event the property is sold, the new owner would then inherit the responsibility to repay via those property taxes, as well as the risk of a tax foreclosure if they fall behind. PACE also does not involve the same underwriting standards as traditional mortgage loans, with underwriting focused primarily on the value of the property and with the relevant state and local governments having discretion when it comes to setting those standards. Moreover, “the lien associated with a PACE assessment has priority over any lien(s) held by any mortgagor(s).”

However, the PACE industry has experienced several positive developments over the past decade, and concerns about foreclosures on properties with PACE assessments "may be overstated," according to Kroll’s report. Based on a review of PACE assessments in California—the largest market for PACE financing—Kroll found Kroll "no significant difference" between property-tax delinquency rates for PACE and non-PACE homes.

“We anticipate that in a home foreclosure with a mortgage lender that all taxes in arrears, including the PACE assessment, would be fully repaid,” the Kroll report states. “Almost all counties in the three states included in PACE securitizations thus far prohibit partial payments of real estate taxes, preventing selective defaults on PACE assessments under existing standards.”

Furthermore, Kroll reports that PACE has spurred the adoption of underwriting policies that hinge upon the borrower’s ability to repay. “Greater focus on the consumer’s ability to pay and improving consumer protection practices are also viewed as positive developments for the industry,” the report states.

Kroll also notes that “public residential PACE asset-backed securities issuances have exhibited higher than expected prepayment rates.” The conditional prepayment rates (CPRs) on residential PACE ABS transactions “have ranged from 10.1 percent to 18.9 percent, which is generally in line with CPRs for FHFA or Fannie Mae-backed residential mortgage-backed securities,” the report reads. “KBRA views the relatively higher than anticipated CPRs as a credit positive since higher CPRs have resulted in a faster amortization profile and shorter weighted average life of the PACE ABS transactions, thereby reducing ‘tail risk’ for these long-term transactions.”

“Further, as prepayments reduce the overall pool size, liquidity reserve accounts are available to cover a greater portion of the remaining lien delinquencies,” the report continues.