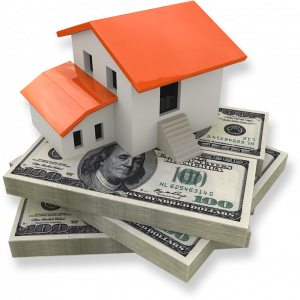 Homeownership is becoming increasingly expensive, serious delinquencies are elevated but improving, borrowers are still making use of forbearance plans, foreclosures are minuscule, and home-owning households collectively have trillions of dollars in tappable home equity. It is all detailed in the monthly Mortgage Monitor from Black Knight's data and analytics team, which examines a variety of issues related to the mortgage finance and housing industries.

Home prices have grown to astronomical levels— at almost 18% year-over-year, May's home price growth dwarfed April’s, which was a steep 14.8%, according to the analysts at Black Knight.

For the third consecutive month, home price growth in the U.S. hit an all time-high, the researchers point out. Black Knight's Data and Analytics President Ben Graboske says the growth has been widespread, with appreciation accelerating in each of the country's 100 largest metropolitan areas in May, and his team expects prices to continue increasing throughout the year.

Not only are prices for house hunting hopefuls increasingly out of reach, but also principal and interest payments are up 18% to $191 a month and, even with rates around 3% the payment-to-income ratio is up. It takes 21.3% of the median household income to make the monthly payment on the average priced home purchase assuming 20% down. 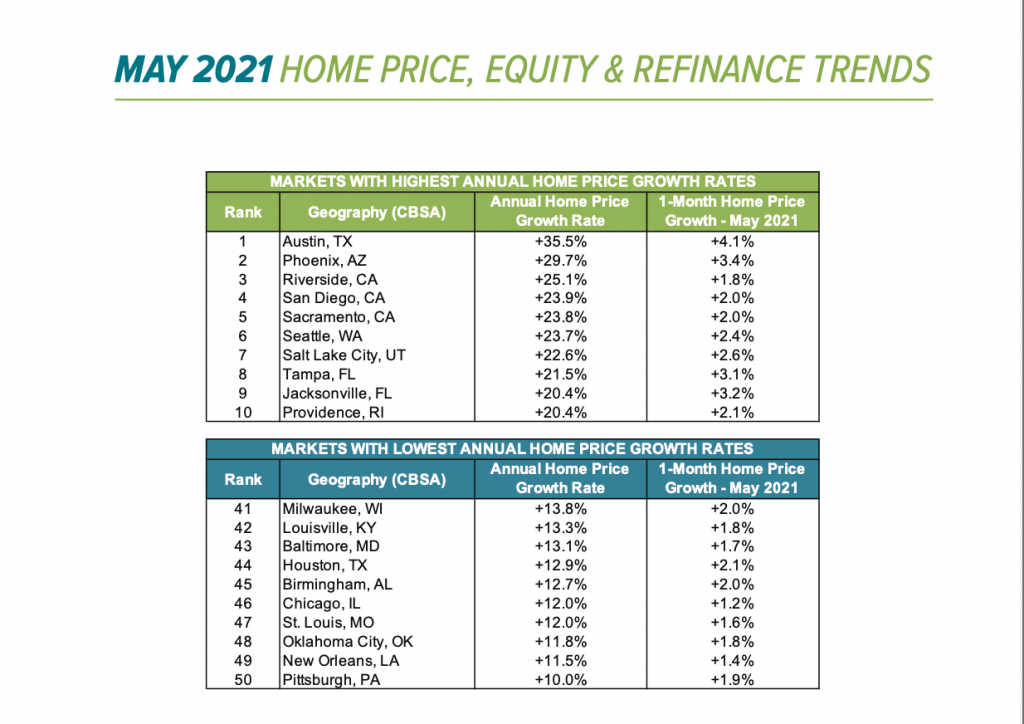 May’s 1.5% mortgage delinquency increase is only the second since the pandemic recovery began last June and appears to be calendar related and likely temporary, the report showed.

"Through the 25th of the month, 91.8% of mortgage holders had made their May payment, the most since the pandemic’s onset at that point," the researchers noted. "This suggests delinquencies would have continued a downward trend were it not for the [Memorial] holiday falling at the end of the month." 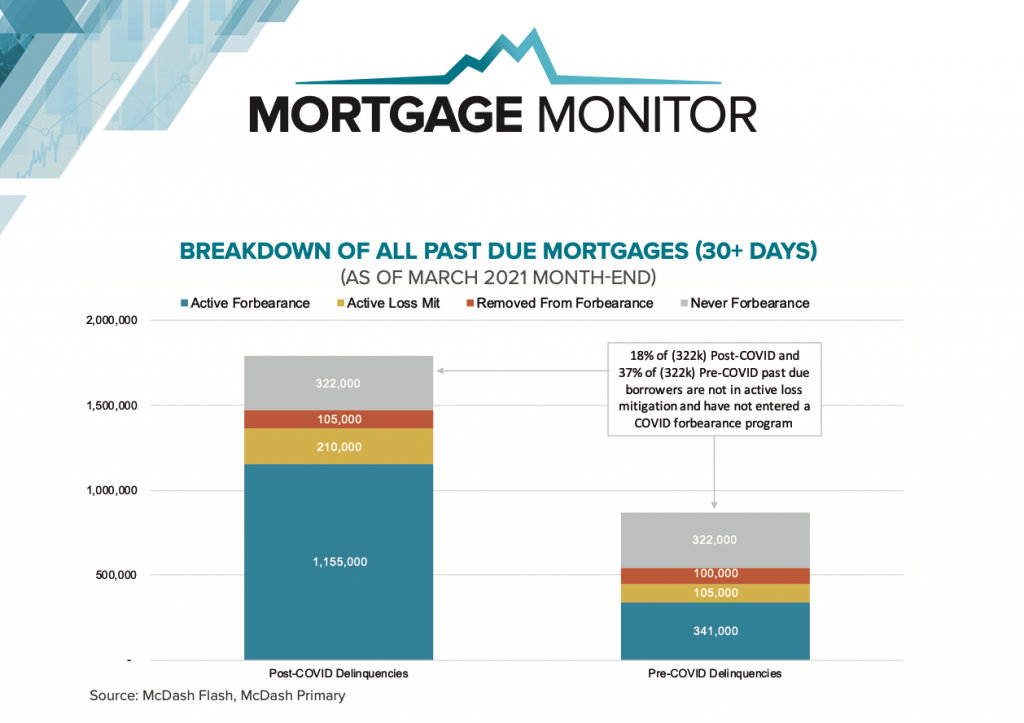 An estimated 7.25 million borrowers have participated in forbearance programs at one point or another throughout the pandemic, representing 14% of all homeowners, Black Knight reports. More than 70% of all participants have since left their plans, while 28% remain in active forbearance. In general, Black Knight (which issues weekly forbearance updates [1]) points out that the forbearance landscape is improving, if slowly.

The rate of foreclosure activity is down 2.5% for the month, hitting another record low. That's due to moratoria and forbearance programs.

"Obviously, as home values increase, so do levels of available, tappable equity, which hit an all-time high of $8.1 trillion in Q1," Graboske said. "In turn, rising equity levels provide homeowners with more refinance options—switching from an FHA to a GSE loan, for example, to both lower a borrower's interest rate and potentially eliminate mortgage insurance payments at the same time."

Another stat of note: overall mortgage debt now accounts for less than 48% of associated home values, the lowest leverage rate on record dating back to at least 2005.

Mortgage-backed securities data from Black Knight showed Government National Mortgage Association (Ginnie Mae) [2] securities made up approximately one third of agency securitizations leading up to the pandemic, but that share has dropped to less than 25% in recent month. The loss in market share has been driven in large part by borrowers with higher balances, equity levels and credit scores being more reactive to refi incentive and tending to favor GSE mortgages, according to the report. 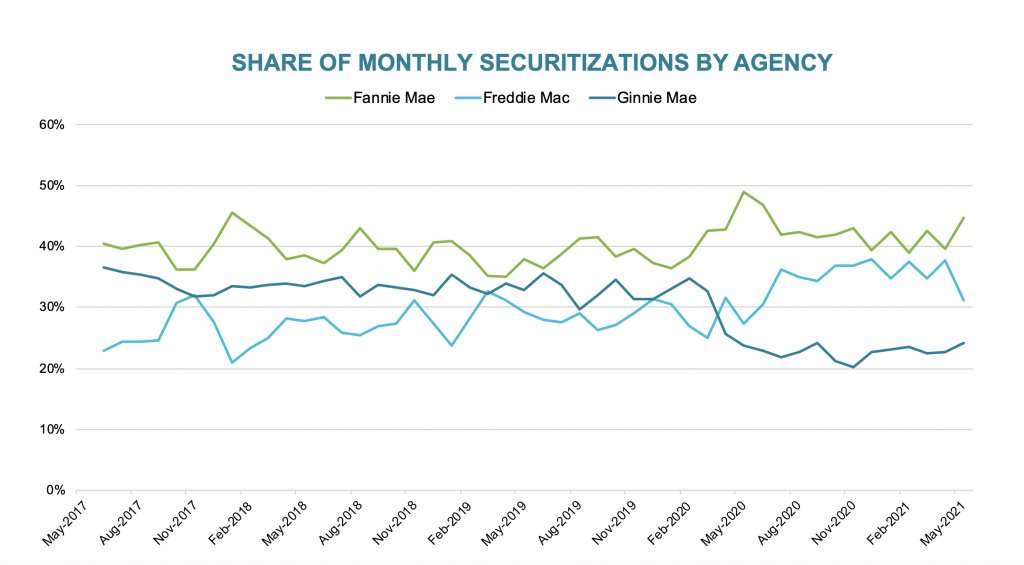 Black Knight's 20-plus page report is available on BlackKnight.com [3].