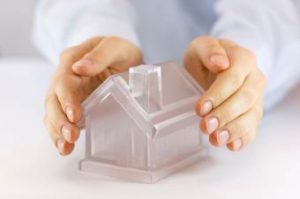 With Black and Hispanic households feeling disproportionate impacts of the COVID-19 pandemic, housing experts from Harvard’s Joint Center for Housing Studies (JCHS) are calling for two interventions to prevent these most vulnerable households from losing their homes.

“Black and Hispanic households have been much more likely not only to contract COVID-19 but also to suffer from lost income and face housing insecurity as a result of the pandemic,” stated Sharon Cornelissen, postdoctoral Fellow at JCHS; and Alexander Hermann, a research analyst for the center. “Two core policy priorities follow from our findings.”

Those two priorities are rental assistance and cash transfers to help those who have lost employment and are struggling or unable to make their monthly housing payments.

For their analysis, the researchers relied on data collected by the Census Bureau in its Household Pulse Survey conducted between May 21 and May 26. The researchers adjusted the Census data to assess the impact on households rather than individuals, suggesting that assessing individuals can actually overstate the impact of the pandemic.

Hispanic renters have been particularly vulnerable with 64% of them losing employment income during the pandemic, while 57% of Black renters, 51% of Asian/other renters, and 47% of white renters reported the same.

Among homeowners, around half of both Hispanic and Black homeowners reported losing employment income, compared to 40% of Asian/other and 36% of white homeowners.

Among all renters, 16% were late or did not pay their May rent, and 30% reported having little or no confidence that they would pay their next month’s rent.

While eviction moratoriums have been put in place in some places, they often apply to only a small share of renters, and many of those programs expire this month.

“If renters do not receive additional support until the current crisis abates, states across the country could see enormous increases in hunger, eviction, and homelessness,” the JCHS researchers stated. “Black and Hispanic renters are especially at risk.”

Rental assistance and either cash transfers or supplemented unemployment benefits would prevent some vulnerable households from losing their homes, according to the researchers.

Previous: How Times of Crisis Cause Stress on Minority Homeowners
Next: More Americans Struggling to Make Full House Payments