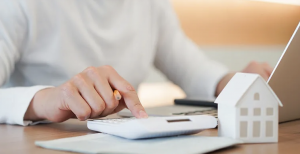 In the last several weekly forbearance reports from Black Knight, which has been tracking COVID-related forbearance activity since the pandemic onset, researchers foresaw "larger improvement"  this week as 218,000 plans faced quarterly reviews at the end of June. (They also said that what happens in early July "will largely dictate the outlook for later this year.")

He says the overall number of active plans dropped by 189,000 Tuesday-Tuesday, driving down the number of forbearance-enrolled homeowners below 2 million for the first time since spring 2020.

Forbearance plan starts also decreased again this week, Black Knight reports, with both new and repeat starts dipping to a new pandemic-era low at less than 26,000.

Across all types of loans, a collective 1.8 million borrowers are in COVID-19-associated forbearance plans.

Loans in all investor classes lowered their share of forborne borrowers.

Almost two thirds of the plans reviewed for extension or removal resulted in exits, marking the highest weekly outflow rate in more than six months and the highest weekly removal volume since the first wave of plans went through their 12-month reviews a few months ago, reports Black Knight.

On a month-over-month basis, overall activity is down 254,000 or 12% from the same period last month.

As of Tuesday about 1.86 million homeowners remain in these COVID-related forbearance plans—that is 2.2% of GSE loans, 6.8% of FHA loans, and 4.6% of private and portfolio loans.

Another 400,000 plans are scheduled to be reviewed for extension or removal in the coming month.

"Homeowners who remain in forbearance are likely facing ongoing challenges such as lost jobs, reduced income, and other pandemic-related hurdles ... further complicated [by] the expiration of extended unemployment benefits and the moratoria on foreclosures," he wrote. "As a result, when this next group hits their forbearance deadlines, they may struggle with loan repayments more than their predecessors."

He recommends four different repayment options dependent on "the wide range of lender policies, financial health of borrowers, and a servicer’s own ability to service each loan."