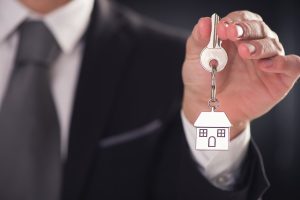 A new study has found that the simple fact of requiring prospective homebuyers to pay real estate agents directly out of pocket significantly suppresses the home buying opportunities for large segments of the population.

The research, entitled “Be Careful What You Wish For: The Economic Impact of Changing the Structure of Real Estate Agent Fees,” lays out how changes to fee structures would most significantly impact minorities including first-time and low- to middle-income buyers.

This study was conducted in part by HomeServices of America’s ongoing efforts to support equity in home buying. It aims to create an economic model that proves the detrimental outcome for consumers and the broader economy that would likely result from changes to how agent fees are currently paid.

"Changing the current compensation structure could affect potential buyers' ability to qualify for a mortgage and purchase a home," said the report’s lead author Ann Schnare. "Requiring buyers to pay their agent's fee directly would result in reduced homeownership opportunities for cash-constrained families and lower net proceeds for many sellers. These outcomes would create negative ripple effects across the entire housing market."

All-in-all, the study found that the potential first-time buyer could afford to pay for a home valued at $294,000. “Altering how commissions are paid, however, would limit the purchasing power of these households. Even if buyers were able to negotiate a 1.5% fee, for example, they would be able to spend $33,450—or 12%—less on a home if they had to pay these fees up front, out of pocket.”

These changes could be disastrous in a housing market that has seen home prices climb nearly 30%, averaging $80,000 per home, while inventory is down to record-low levels. Homeownership opportunities have also dried up as mortgage rates continue to push past the 5% benchmark.

The study notes that any changes to how commissions are paid will have the most pronounced impact on Black homeowners. Approximately half of all homes currently listed for sale are affordable to households with at least $100,000 income, but just 35% of white households and 20% of Black households in America exceed this annual threshold.

"Almost 9 out of every 10 homebuyers use a mortgage to finance the purchase of their primary residence, and many of these buyers face significant hurdles in acquiring the upfront cash to cover down payment and closing costs," said Dana Strandmo, Chief Administrative Officer at HomeServices of America. "These cash constraints are more prevalent among first-time homebuyers and racial minority groups. That is a factor that must be considered in any conversation about changing how buyers' agents are typically compensated."

Click here to view the study in its entirety.

Previous: Inventory Cited as a Top Concern Among Potential Buyers
Next: Non-Performing GSE Loans Totaled $29B as of Year-End