Home / Daily Dose / Breaking Down the Blockchain Movement in Mortgage

Breaking Down the Blockchain Movement in Mortgage 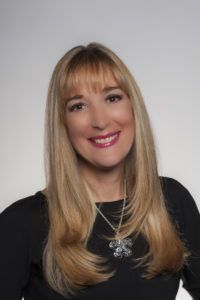 CEO and Co-Founder of Symmetry Blockchain Advisors, Debbie Hoffman is an experienced executive leader and advisor who has built and led teams in financial services, legal/compliance and technology innovation, including blockchain, ICOs, and cryptocurrency. She also serves as the in-house counsel to the firm Venture-Science. Prior to founding Symmetry, Hoffman was the Chief Legal Officer of Digital Risk, LLC, where she was responsible for the regulatory compliance and legal functions of the company. She also spent a decade of her career as a real estate finance attorney at the law firm of Thacher Proffitt & Wood in New York.

Hoffman spoke to DS News about the key characteristics of blockchain and how they can help the mortgage industry become more transparent and efficient.

What are some of the biggest trends you’re seeing with blockchain and cryptocurrencies in housing?

We’re seeing two major trends. The first is the increasing awareness and conversation about blockchain’s potential for streamlining processes. This is a great start because not that long ago there was no awareness about it. The industry was saying, “Blockchain is great, but it's not necessarily for the housing and mortgage lending industry.” Today, mortgage lenders are saying, “Maybe we really should look at this. How can we enhance our business practices and make us more efficient, or streamlined, or whatever the benefits are using blockchain?”

The second trend has to do with the development of this technology. There are fintech or regtech developers that are actually building their blockchain ecosystem. In the next two to three quarters they will be building their partnerships around it after showcasing the value of what they’ve built and have streamlined it. These companies have said they they want to be the center of the ecosystem on blockchain; they understand its value but also understand that, as a smaller company, they must get partners to make it a larger business.

On the other hand, larger companies are doing their POCs internally and we should hear more about these developments over the next two quarters.

What is driving the increasing awareness in the mortgage and housing industry?

The fact that cryptocurrency has made so many headlines has caused people to look at blockchain as well. The downside, of course, is that when people think of blockchain, they think of regulatory tightening on the venture capital and the ICOs, which isn’t related to blockchain ecosystems. So, while the awareness is growing, there definitely needs to be more education around blockchain’s enterprise development. Also, although there is awareness that blockchain is the technology upon which bitcoin is built, educating the industry on this technology is an uphill battle.

What are some of the incorrect assumptions about this technology that you encounter?

The main misunderstanding is that people think blockchain evangelists can fix the world. Many times we ask our clients, “Why do you want to use blockchain?” “What are you trying to achieve?” Let's make sure that this is the right technology for you. At times, they actually don't need to use it, but want to because blockchain is a hot technology right now.

How does blockchain work best for both origination and servicing of mortgage?

When one thinks of blockchain, one should think of its characteristics rather than the way it works, because that’s how you determine if it’s an appropriate technology. A blockchain has four key characteristics. First, it's immutable, so once you put something into a blockchain, you cannot change it. Second, it's transparent, so you can see who touched the blockchain. Third, it is time- and date-stamped, so not only can you see it, you can see exactly when somebody entered into that blockchain. Fourth, this is a decentralized network, so there’s no concept of a storage place. This means it provides for peer-to-peer opportunities slightly different from the way we operate business today, and it's much harder to hack. Because it's decentralized, there would have to be a hacker that got into every single one of those decentralized computers or nodes. Those are some of the biggest ones.

From the industry perspective, when loan officers originate a loan, the characteristics of a blockchain can help them to add information from the lead generation that will stay on the blockchain for a lifetime. It doesn’t need to be re-entered when a loan is sold, serviced, or even when the lender needs to provide documentation to a regulator. For the regulator, blockchain provides complete transparency and history of the loan without having to go through different documentation.

What challenges do you see with this technology in both the near term and long term?

We know the potential of blockchains as they are today, but they also have a lot of downsides. Those include speed, understanding the nuances of all the things we would like to do with them, and making them truly unhackable. These three things are the biggest challenges to making blockchain scalable to a larger level.

Do you see any other technology that has serious potential but is not “there yet?”

The next step after adopting the blockchain technology would be to adopt the tokenization that goes with it. This gets into an advanced theory of blockchain, as well as the concept of cryptocurrency, where you can pay along with the technology. You can have an ecosystem where you're actually exchanging money along with this security and documentation.

This technology opens up complete liquidity. You're not waiting for money transfers. A large market mover could adopt a distributed ledger technology along with the tokenization. The speed of transactions and the ease of liquidity could be completely transformed if both of those were adopted in a blockchain.

2018-07-15
Kristina Brewer
Previous: The Road Ahead for Legal League 100
Next: Preventing Homelessness Among the Young

Debbie Hoffman is Founder & CEO of Symmetry Blockchain Advisors working with clients in their endeavors related to education, strategy and development of blockchain solutions. With her experience in financial services, law and technology innovation, Debbie brings a unique perspective to blockchain innovation. Debbie was previously the Chief Legal Officer at Digital Risk and a finance attorney at Thacher Proffitt & Wood in New York. She served as a professor at the Florida A&M University College of Law and the University of Central Florida. In 2018 Debbie was named a NAWRB Roaring Thirty Winner.” In 2017 Debbie was named as a Top General Counsel by First Chair Awards, received an Honorable Mention in MReport’s Women in Housing and was a “Hot 100” in Mortgage Professional America. She was selected as a Woman of Influence by Housingwire Magazine multiple times and has been the receipt of two Stevie® Awards.