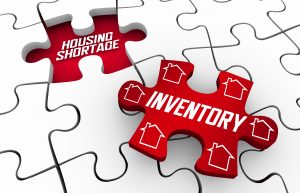 The number of homes for sale nationwide in June rose 2%, the first annual increase since July 2019 —according to a new report from Redfin.

Supply has built up as the combination of 5.5%-plus mortgage rates, high home prices and a faltering economy push more buyers to the sidelines, thereby creating a more balanced market.

Home sales fell nearly 16% from a year ago, the largest decline since May 2020. The shift has also started impacting sale prices: They’re still growing by double digits, but the 11% year-over-year increase is the smallest in nearly two years.

"The country's economic woes have already cooled the housing market, and they're likely to continue dampening demand," said Redfin Chief Economist Daryl Fairweather. "The Fed has signaled it may increase interest rates further to combat stubbornly high inflation, which could harm consumer confidence, and lower stock prices mean fewer prospective homebuyers can afford a down payment. I advise sellers to commit: If you decide to sell, do it quickly before demand falls further. And price carefully—this is not the time to test the waters. You’ll do more harm than good if you overprice and have to do a price reduction or take the home off the market."

The market is a now considered a mixed bag for buyers. They're seeing higher monthly housing payments than earlier this year due to comparatively high mortgage rates but facing less competition for homes, which often allows them to make less risky offers that include protections like inspection and appraisal contingencies.