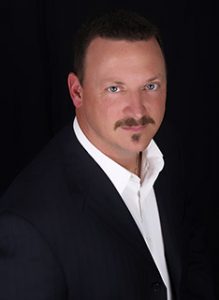 After more than 12 years of service, ProVest CRO Victor Draper has announced he will be stepping down, DS News has learned. Draper has spent more than 35 years in the mortgage default industry and says he will continue to support the sector in retirement. Draper recently spoke to DS News about his career, discussing his accomplishments, most important lessons learned, and how the industry has changed over the years.

In a statement, Draper said, “After more than 35 years in the mortgage default industry, I am excited to see what the next chapter in life may hold. I am looking forward to spending quality time with my wife, Deanna, my four children, and my granddaughter.”

Draper credits one of his most significant accomplishments as “putting together a team of people with different thoughts and ideas and watching them collaborate, respect, and learn from their differences and accomplish great things.”

Prior to his time at ProVest, Draper operated Universal Default Services (UDS), a New York-based process-service and skip-tracing firm that was acquired by ProVest in January 2007. Before that, he led the default services department at Countrywide Financial Corporation. According to Draper, his time at ProVest strongly benefited from the lessons he learned earlier in his career, working in default servicing.

“Understanding the entire life cycle of a mortgage default allowed me to zone in and focus on a specific and critical process within that cycle,” Draper said. “Every day a loan is in default creates a greater risk and increases potential loss. I knew that performing the service of process and skip-tracing with the utmost speed and quality would be paramount to minimizing that risk and loss.”

Draper looked back on several momentous changes during his time in the industry, most notably, in the area of collaboration.

“I am thankful for the enhanced collaboration between servicers, law firms, and vendors in recent years,” Draper told DS News. “Not just across these lines but also within each sector. Law firms are collaborating with other law firms on how to best represent the industry and their collective clients. While there is still aggressive competition, the spirit of cooperation is now the best I have ever witnessed.”

“Victor Draper has committed more than three decades of his life to serving the mortgage industry and the American homeowner,” said Ed Delgado, President & CEO, Five Star Global. “He leaves the industry better and stronger than he found it, and I congratulate him for a noteworthy career and wish him the best in his future endeavors.”

Previous: Counsel’s Corner: Challenges and Changes in Servicing
Next: Politics, Housing, and its Impact on Foreign Buyers