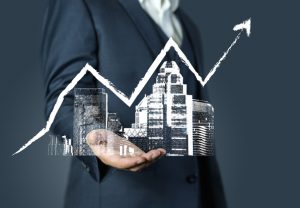 Credit rating agency Experian, along with the S&P Dow Jones Indices, has released its latest monthly iteration of its Consumer Credit Default Indices Report for June 2022 which aims to represent a “comprehensive” measure of changes in consumer credit default rates and shows that the composite default rate rose two basis points to 0.53%.

Four of the five major metropolitan statistical areas as defined by the U.S. Census Bureau showed higher default rates compared to last month. Miami had the largest increase, up 15 basis points to 0.99%. Chicago and Dallas each rose five basis points, to 0.58% and 0.57% respectively. Los Angeles was one basis point higher at 0.46%. New York City dropped six basis points to 0.71%. 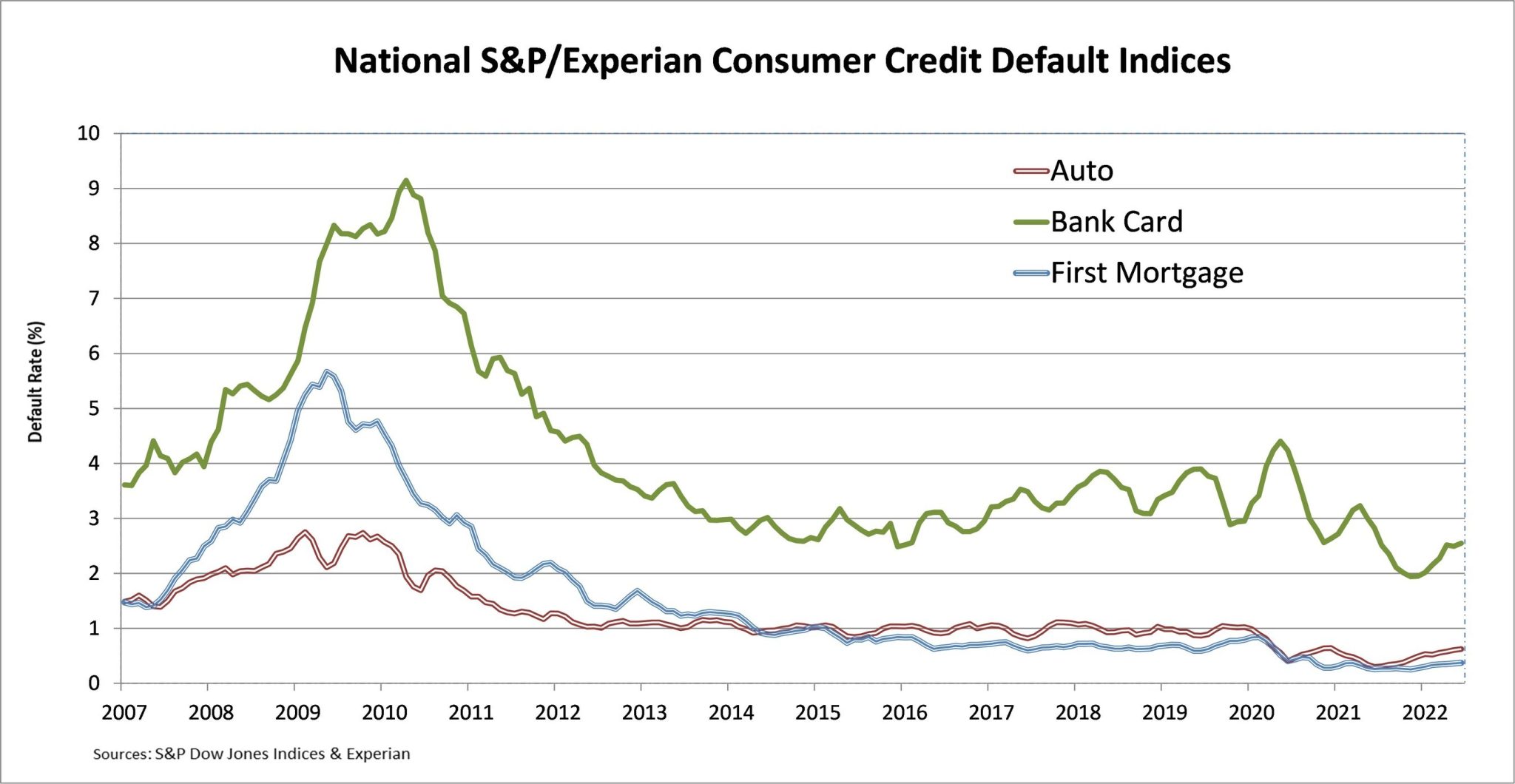 Jointly developed by S&P Dow Jones Indices LLC and Experian, the S&P/Experian Consumer Credit Default Indices are published on the third Tuesday of each month at 9:00 a.m. ET. They are constructed to track the default experience of consumer balances in four key loan categories: auto, bankcard, first mortgage lien and second mortgage lien. The Indices are calculated based on data extracted from Experian's consumer credit database. This database is populated with individual consumer loan and payment data submitted by lenders to Experian every month. Experian's base of data contributors includes leading banks and mortgage companies, and covers approximately $11 trillion in outstanding loans sourced from 11,500 lenders. 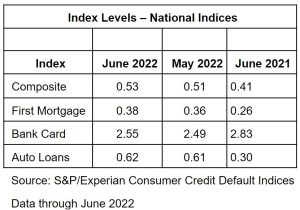 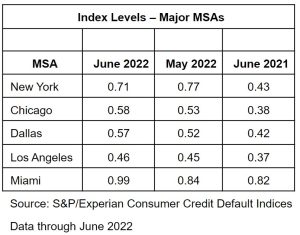