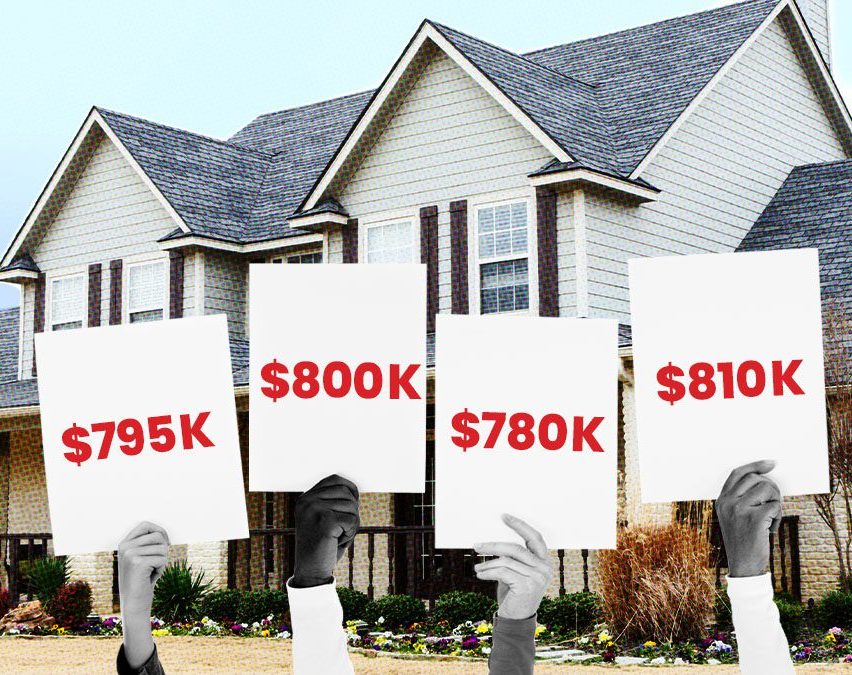 Nationwide, nearly 50% of home offers written by Redfin agents faced competition on a seasonally adjusted basis in June, according to a new report from Redfin.

That’s the lowest share since May 2020 and the first time the bidding-war rate has been below 50% since that same month, when the housing market was at a near standstill due to the onset of the coronavirus pandemic. June’s bidding-war rate compares with a revised rate of 65% one year earlier and 57.3% one month earlier —marking the fifth-straight monthly decline.

Housing-market competition is declining because higher mortgage rates, high home prices, inflation and a falling stock market have eroded homebuyer budgets, causing some house hunters to drop out of the market. Roughly 60,000 home-purchase agreements were called off in June, equal to 14.9% of homes that went under contract that month. That’s the highest percentage on record, with the exception of the start of the pandemic. The typical monthly mortgage payment for a homebuyer is now $2,387 at the current 5.51% mortgage rate, up 44% from a year ago.

“While the market is cooling, it’s not coming to a crashing halt,” said Shoshana Godwin, a Redfin real estate agent in Seattle. “House hunters who can still afford to buy should consider taking advantage of the slowdown given that there’s way less competition.”

Homebuyer Competition Fell the Most in Riverside, Raleigh and Charlotte

“Showings have dramatically decreased. Homes that would’ve had 20 showings two months ago are now getting one or even none,” said Jenny Dedrick, a Redfin real estate agent in Minneapolis, where the bidding-war rate fell to 45.7% in June from 65% a year earlier. “I had one seller take his home off the market because it only got one showing. He decided to rent it out instead. He’s moving to Mexico and thought, ‘why not let it sit and keep appreciating?’”

Competition increased on a year-over-year basis in just two of the 36 markets Redfin analyzed. In Colorado Springs, Colorado, 55.9% of home offers written by Redfin agents faced competition in June, up from 45.9% in June 2021 (+10 ppts). In Providence, Rhode Island, the bidding-war rate rose slightly, to 77.6% in June from 77.1% a year earlier.

In Providence, 77.6% of home offers written by Redfin agents encountered competition in June—a higher share than any other metro in this analysis. It was followed by Boston (71.7%), Philadelphia (65.7%), Indianapolis (64.3%) and Worcester, Massachusetts (62.7%).

Townhouses Are Most Likely to Encounter Competition

Townhouses were more likely than any other property type to encounter bidding wars, with 54.6% of Redfin offers facing bidding wars in June. Next came single-family homes (52.3%), followed by condos/co-ops (47%) and multi-family properties (41.3%).