As Prices Rise, Homes Staying on the Market Longer 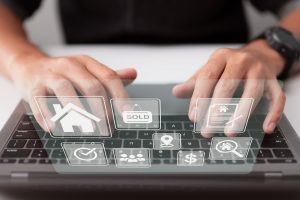 As costs continue to rise and buyers are priced out of their local market, Redfin has found that the length of time a home is on the market for is rising as a result.

In the four weeks preceding July 17, a new report from Redfin authored by Tim Ellis revealed that the average single-family home remained on the market for 19 days, one day longer than the same period last year, but well under the 60 days recorded from before the pandemic.

This marks the first time since the pandemic started over two years ago that the median time on market has posted a year-over-year gain. 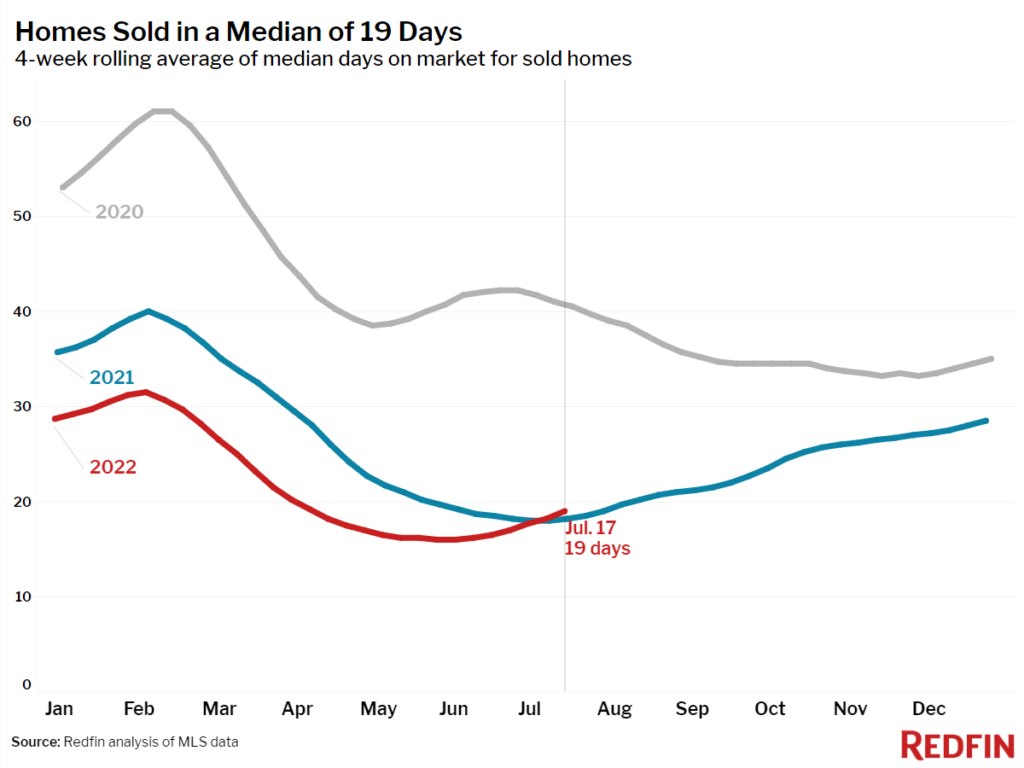 The report also found that pending home sales took a 15% hit, decreasing more than they have since May 2020, while inventory posted its largest gain since August 2019, despite the fact that fewer homes are hitting the market than this time last year.

"Buyers, who earlier this year had to race to beat the competition, can now take their time touring homes and perhaps even wait to see if sellers drop the price," said Daryl Fairweather, Redfin’s Chief Economist. "Still, few homes are being listed, so if your dream house hits the market, you should negotiate hard, now that you have the power to. The value may fall in the near term, but if you plan to live there for five or 10 years you will almost certainly gain home equity over that horizon. Sellers, on the other hand, may want to list sooner rather than later, before prices fall more.” 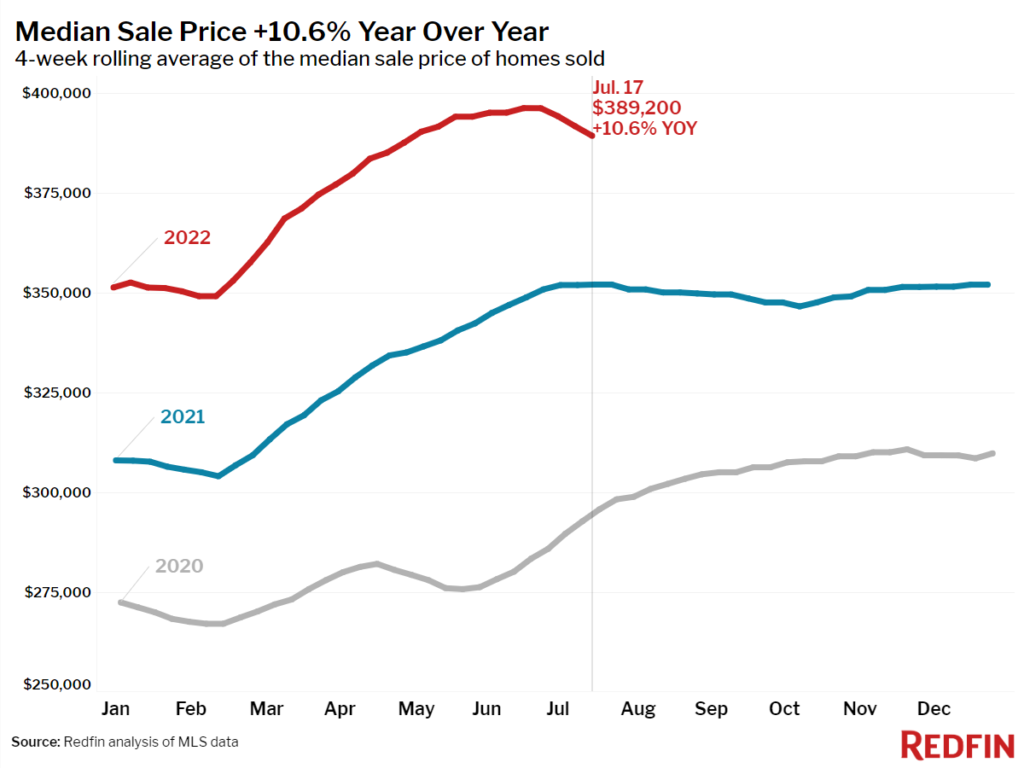 Other key facts found by Redfin include: