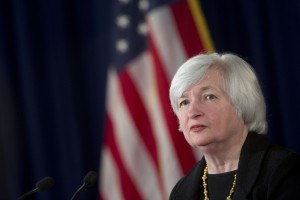 It seems like every week Janet Yellen, Chair of the Federal Reserve Board of Governors is making news, from the Federal Open Market Committee’s meeting in June when it announced the first interest rate increase since March to last week’s two-day semi-annual testimony in front of both the House of Representatives and the Senate.

Next week, Yellen’s name will color the headlines yet again when her and the other FOMC members meet for the Fed’s July meeting on Tuesday and Wednesday, although it will not be accompanied with a press release. During her testimony, Yellen maintained that interest rates would likely continue to increase at a moderate pace so that the Fed may begin the process of reducing its balance sheet, which it would like to start doing sometime this year, however it’s not apparent if they will raise rates in back-to-back months. The FOMC will only have three more meetings before the year is out.

Yellen’s term is up in the beginning of 2018. When asked if she would consider serving another term in front of the Senate, Yellen declined to answer. There has been no word as to whether President Trump will nominate her for a new term.