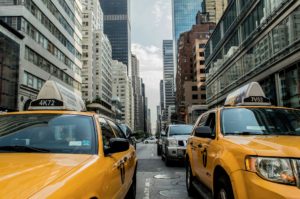 Housing 80 percent of the population, despite only taking up 3 percent of the nation’s landmass, urban areas are the most popular places to live in the U.S. However, some cities may be better for homebuyers than others, according to a study from WalletHub [1]. Analyzing five key categories which included affordability, economic health, quality of life, health and education, and safety, WalletHub compiled a ranking list of the 62 best big cities to live in the country.

Taking the top spot is Seattle. Though Seattle ranks 50th in affordability, which may drive some lower-income buyers away, the city ranks first in both “economy” and “education and health.” A high standard of living may be due in part to Seattle also holding the highest number of residents aged 25 and older with a high school diploma or higher.

At the bottom of WalletHub’s ranking is Albuquerque, New Mexico. Though Albuquerque ranks high in affordability, sitting at number eight, poor scores in the economy category, education and health, and safety bring the city down.

Virginia Beach, Virginia takes second place, due in part to its affordable housing. Virginia Beach ranks third in affordability, while still holding high rankings in education and health, as well as safety. Additionally, Virginia Beach has the highest homeownership rate of all 62 cities WalletHub surveyed, tied with the lowest percentage of the population living below the poverty line.

While many who plan to move to these cities place cost of living high on their list of concerns, these other factors WalletHub examines can make or break their decisions. For example, can the employment opportunities available support the cost of living in the city?

“The biggest mistake people make when planning a move to a new place is mis-estimating the relationship between sources of income that are going to be available in the new setting and the cost of living,” said Clara E. Irazábal-Zurita, Professor of Urban Planning, Department of Architecture, Urban Planning + Design, University of Missouri - Kansas City. “If income is insufficient, people can incur in debt and the situation will eventually become unsustainable.”

For more, find the full report and findings here [2].