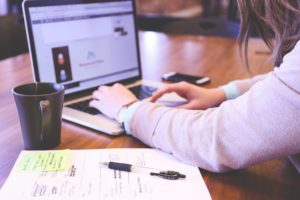 As part of its ongoing webinar series, the Legal League 100 hosted a webinar titled Complex Default Litigation Update, on Tuesday, presented by two league members from BDF Law Group. The webinar discussed the latest issues that were currently under litigation including items under the FDCPA and complex foreclosure rules, as well as possible legislation impacting the industry.

Citing a recent case where the borrower filed a lawsuit against the mortgage servicer and law firm alleging violation of the FDCPA, BDF Law Group’s General Counsel Ryan Bourgeois and Managing Attorney Dustin Dreher gave an update on the application of FDCPA to non-judicial foreclosure proceedings, including the rulings of the trial as well as the appellate court in the lawsuit.

They also gave details of similar rulings by other circuits, highlighting the disagreement on FDCPA application to non-judicial foreclosure proceedings.

Giving an update on the latest government legislation and nominations, the speakers gave a brief profile of Justice Brett Kavanaugh, the Trump Administration’s nominee to the Supreme Court along with various considerations for financial services law firms once he sits on the Supreme Court bench.

The webinar also touched upon some of the key litigations that are being heard in other circuits, especially related to FDCPA issues as well as some key legislation that was likely to affect the industry.

If you missed the webinar, click here to view the recording and the presentation.