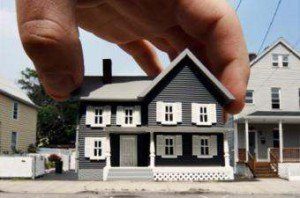 At an affordable housing conference in Atlanta this week, Department of Housing and Urban Development (HUD) Secretary Ben Carson noted how addressing the affordability crisis will take “ingenuity and removal of barriers that restrict construction in cities across the nation,” AJC reports.

According to Secretary Carson, new building techniques such as modular construction and tiny houses must be embraced, and the country must incentivize development and relax land-use restrictions.

“Those are huge barriers,” Carson said. “When you look at some of the areas of the country where homelessness is the greatest, you see the greatest number of zoning restrictions.”

Carson stated that as HUD does not have the ability to change zoning, it will be working with Atlanta officials to loosen zoning laws. Atlanta, like many cities, devotes a large portion of their zoning to single-family only.

Atltanta Mayor Keisha Lance Bottoms unveiled a $1 billion citywide affordable housing plan in June, which proposes using existing public dollars and land as an incentive to attract private sector investment, as well as changes in zoning. Additionally, the plan calls for faster redevelopment of vacant and blighted properties and the creation of a housing innovation lab.

“If we were going to pick and choose, the fight I think would have been even bloodier,” Worthington told the New York Times.

According to Urban footprint, converting 5% of Minneapolis’s largest single-family plots into triplexes would create 6,200 new units of housing. Despite the benefits proposed by lawmakers, Minnepolis’s plan has drawn criticism.

“What we’re selling here in Minneapolis — or what our planning department and our city council are selling — is that we’re new, we’re state of the art, we’re cutting-edge, we’re virtue signaling,” said Lisa McDonald on NYT, a former Minneapolis City Council member.

According to McDonald, the reality of the plan is that Minneapolis is “giving itself away to developers,” building market-rate housing, but not any new affordable housing, stating to “beware these promises.”

According to the NYT, these advocates for curbing single-family zoning are not pushing a new idea, but rather, are lobbying for “a return to the past.”

“Many Minneapolis blocks today date to before the 1920s, with duplexes or small apartment buildings next to single-family homes,” the NYT stated. “For years, those older buildings have been considered “nonconforming,” as the law changed around them. Under Minneapolis’s new plan, that distinction will end, too."

Previous: An Update on Housing and the Economy
Next: What’s Impacting Falling Sales?