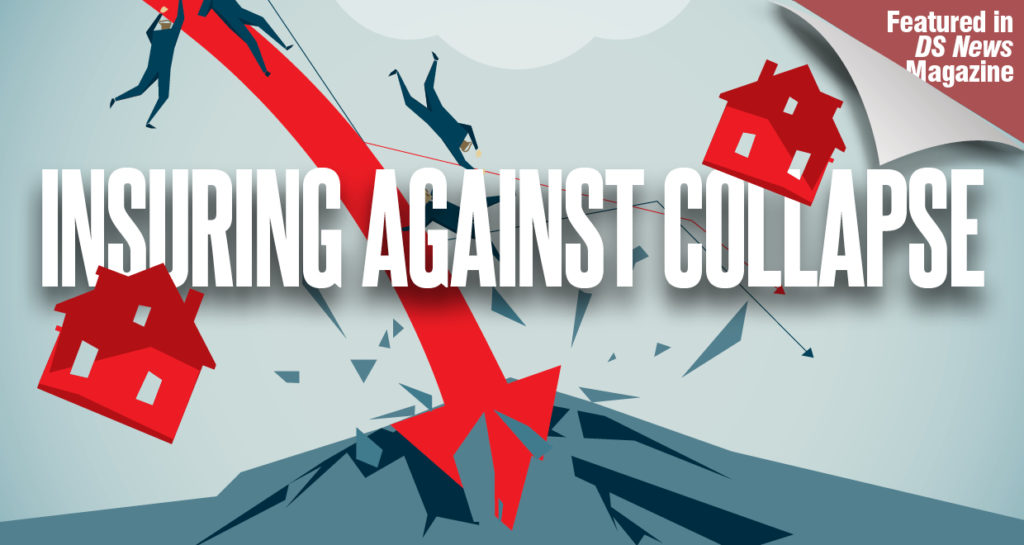 Editor's note: This feature originally appeared in the July issue of DS News.

The lender-placed insurance (LPI) market may be about to change radically. After six years of discussion, the National Association of Insurance Commissioners (NAIC) is expected to approve new model law guidelines this fall. Carriers may soon thereafter face new regulation.

According to NAIC, lender-placed insurance is placed on a home by a bank or mortgage servicer when the homeowner does not maintain valid or sufficient insurance based on the terms of the mortgage agreement. If a homeowner’s insurance policy lapses and is not replaced, many mortgage agreements allow the lender to purchase insurance on the home and require the borrower to pay the premiums. Following the 2008 real estate market crash, consumer groups and regulators raised concerns over the often high premiums and limited coverage provided under lender-placed insurance, as well as the perceived lack of incentives for lenders to select the best policies for the borrowers. Following a 2012 NAIC public hearing on the subject, a Working Group was formed to draft a new model law to address these issues.

The Scope of the Problem

The industry’s movement to self-correct followed public, widespread difficulties in critical segments that brought to light shortcoming in LPI practices. In 2011, practices in New York led to multi-million dollar penalties against insurers and lenders and restitution for property owners. Regulators discovered cases of “reverse commission” wherein insurers providing the coverage had created incentives to push premiums higher, which allowed lenders and mortgage servicers to share in the profits from the higher rates, and far lower usage. And more recently, QBE and Assurant, which between them at one time dominated the market with 99.7 percent of policies written, reached a settlement with dozens of states regarding lender-placed property.

A 2012 Government Accountability Office report highlighted a lack of comprehensive data at the state and national levels, limiting effective oversight of the LPI industry. For example, the report says, regulators lack reliable data that would allow them to evaluate the cost of LPI or the appropriateness of its use.

The report also called out incomplete and missing data within NAIC-required state annual reports, calling on NAIC members to develop policies and procedures “sufficient for ensuring their reliability.” These criticisms are directly addressed in the new model guidelines.

Industry officials explained in testimony before the Working Group that factors in the cost of LPI premium factors include:

Commonly, lenders engage third parties to monitor insurance for the portfolio to leverage economies of scale and expertise, and to streamline the monitoring process in insurance matters. Typically, three or more notices are given to borrowers before LPI becomes an option: when a policy has been allowed to expire or be canceled; 30 days later; and 60 days after the second notice.

Florida insurance commissioner David Altmaier is the chair of the Lender-Placed Insurance Model Act Working Group, formed from members of the NAIC’s Property and Casualty Insurance Committee. He is the lead writer for the new model law.

The model draft states that its purpose is manifold:

Its scope describes nearly all LPI policies. It defines when LPI may become effective, and when it should terminate. It prohibits:

The new model law also restates how LPI insurance is placed and how policyholders are notified, calling for a copy of the individual policy, certificate of insurance, or other evidence of insurance coverage to be mailed first class mail or delivered in person to the last known address of the mortgagor.

Except for lender-placed flood insurance, the new guidelines call for any insurer that experiences an annual loss ratio of less than 35 percent in any line of lender-placed property insurance for two consecutive years to submit a rate filing (either adjusting its rates or supporting their continuance) to the commissioner.

The draft addresses most of the main points raised by consumer-advocate groups. To help curb rates, carriers issuing collateral protection policies on real estate would have to re-file relevant rates at least once every four years. To gather more data for further research, insurers would have to file the more extensive annual reports.

Also, an insurer in the market with a loss ratio of less than 35 percent for two consecutive years would have to make a rate filing within 90 days of reporting the back-to-back years with under 35 percent loss ratios.

The NAIC acts as a forum for the creation of model laws and regulations. Each state may or may not pass each NAIC model law or regulation. States may delete or modify certain sections if the substance of it already exists in state law. The NAIC comprises the insurance commissioners of each state, Washington D.C., and the five U.S. territories. On the whole, the models are widely, if irregularly, adopted.

When asked why it has taken so long to develop the new model law guidelines, Altmaier has said: “This is a complex issue. State regulators have diverse approaches to addressing the issue.” The NAIC working group drafting the rule “wanted to take all viewpoints into account” in the deliberative process, he said.

According to a published report, Altmaier went on to note that the investigations into Assurant and QBE took years to complete and the regulators wanted to incorporate what they learned.

LPI fills a small but vital role in the mortgage servicing industry. It is not “forced” on the borrower, but comes into play when there is a lapse in part of the agreement between the borrower and the lender. It is always the coverage of last resort, affecting 1-2 percent of mortgage holders annually. As the expected roll-out date for the new guidelines nears, lenders and servicers should pay close attention to how the proposed LPI guidelines will impact their business.

2018-07-26
Kristina Brewer
Previous: ‘A Strong Shift In Housing Demand’
Next: Homeownership Gets a Boost from Young Americans

Demetrius Gray is the CEO and Founder of WeatherCheck, the only company making premise-specific damage assessments and sending pre- and post-event weather alerts to trigger specific actions. Gray, a third-generation entrepreneur, started WeatherCheck after experience in the finance, roofing, and reconstruction industries helped him realize that key processes were ripe for authentic disruption. He recognized an opportunity to automate damage detection and speed claims processing and repairs after weather damage.