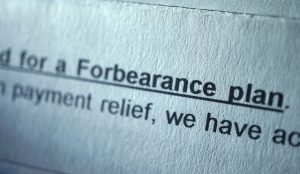 The latest Forbearance and Call Volume Survey from the Mortgage Bankers Association (MBA) finds that the total number of loans now in forbearance decreased by two basis points, from 3.50% of servicers' portfolio volume the prior week to 3.48% (as of July 18, 2021). The MBA estimates that 1.74 million U.S. homeowners are currently in forbearance plans.

"As is typical for mid-month reporting, forbearance exits slowed, and there was a slight increase in new requests. The net result was a small drop in the share of loans in forbearance—the 21st consecutive week of declines," said Mike Fratantoni, MBA's SVP and Chief Economist. "The forbearance share decreased for GSE and Ginnie Mae loans, but increased for portfolio and PLS loans, as new forbearance requests increased for this category."

By stage, 9.8% of total loans in forbearance were in the initial forbearance plan stage this week, while 83.2% were in a forbearance extension. The remaining 7.0% are forbearance re-entries.

And while forbearance volume continued to dip for the 21st straight week, an unexpected rise in unemployment numbers this week could have factored into the pace of forbearance exits, as the U.S. Department of Labor reported that, for the week ending July 17, the advance figure for seasonally adjusted initial unemployment claims was 419,000, an increase of 51,000 from the previous week's revised level. The previous week's level was revised up by 8,000 from 360,000 to 368,000.

In terms of weekly servicer call center volume, calls increased relative to the prior week, rising from 6.4% to 7.8%, with the average call length decreasing from 8.1 minutes to 7.7 minutes.