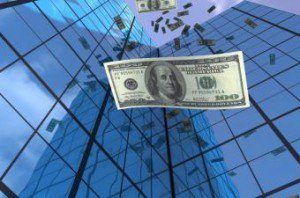 The acquisition is an equity purchase agreement between Jacksonville, Florida-based Black Knight and affiliates of the private equity firm GTCR LLC, which purchased Optimal Blue in June 2016.

Under the terms of the transaction, Black Knight will combine its Compass Analytics business with Optimal Blue into a new entity with minority co-investors Cannae Holdings Inc. Thomas H. Lee Partners LP. Black Knight will own approximately 60% of the new entity, which has not been formally named.

Optimal Blue was founded in 2002. Over the years, it acquired several companies: Secondary Interactive in 2008, Sollen Technologies in 2011, LoanSifter in 2013, Comergence in 2017, and Resitrader in 2018. News of the company’s sale leaked in a July 13 report published by Barron’s, although Black Knight was not identified as the purchaser. Barron’s reported the company produces more than $50 million in earnings before interest, taxes, depreciation and amortization, or Ebitda.

“Optimal Blue is a business that we have respected for many years,” said Anthony Jabbour, CEO of Black Knight. “By bringing Optimal Blue into the Black Knight family, we will be adding industry-leading product, pricing, and eligibility capabilities to our already robust set of solutions and enhancing our already comprehensive data and analytics capabilities.”

“Optimal Blue and Black Knight share similar strategies for innovation, integration and client focus, as well as a similar culture, which is key to successfully integrating premier companies,” added Scott Happ, CEO of Optimal Blue. “We are excited about the opportunity to be part of Black Knight where there is such a great strategic fit, strong client base, and so many opportunities to deliver innovative solutions that will add value to our clients.”