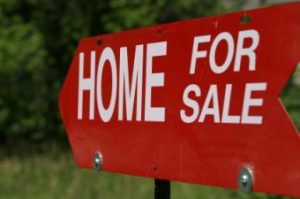 "Housing price growth set a record for the second consecutive month in May 2021," added Lazzara. "The National Composite Index marked its 12th consecutive month of accelerating prices with a 16.6% gain from year-ago levels, up from 14.8% in April. This acceleration is also reflected in the 10- and 20-City Composites (up 16.4% and 17%, respectively). The market's strength continues to be broadly-based: all 20 cities rose, and all 20 gained more in the 12 months ended in May than they had gained in the 12 months ended in April. Prices in 18 of our 20 cities now stand at all-time highs, as do the National Composite and both the 10- and 20-City indices.”

Regionally, Phoenix, Arizona; San Diego, California; and Seattle, Washington reported the highest year-over-year gains among the 20 cities in May. Phoenix led the way with a 25.9% year-over-year price increase, followed by San Diego with a 24.7% increase and Seattle with a 23.4% increase. All 20 cities reported higher price increases in the year ending May 2021 versus the year ending April 2021. Other metros can be found below: 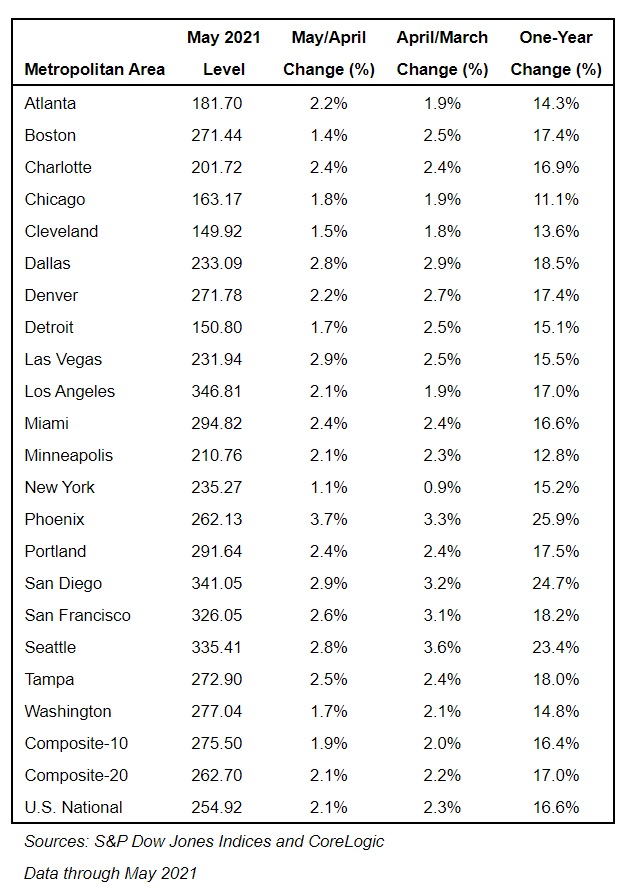 “The summer buying season is fully underway, with many families seeking to take advantage of the current market and favorable financing to find their next home before the start of the school year. The good news is that a combination of factors is creating home buying opportunities,” said Realtor.com Senior Economist George Ratiu. “On one hand, mortgage rates have been dropping for a month, moving toward the lows we saw in January and February of this year. On the other hand, more homeowners are entering the market, with the number of freshly-listed homes for sale advancing in 14 of the last 17 weeks. This dynamic confluence of housing developments is helping keep price growth in check as we approach August. Looking at the months ahead, we expect inventory to continue growing into the fall, shifting the typical seasonal trend and keeping real estate activity on a roll.”

The Mortgage Bankers Association (MBA) reported last week that apps decreased 4% from the previous week. As rates remain at all-time lows, a lack of inventory and high listing prices are keeping more and more prospective buyers from the opportunity to purchase a home. Further thwarting homebuyers is the rise in asking prices, as Redfin recently reported that asking prices of newly listed homes were up 12% from the same time a year ago to a median of $361,700, up 0.5% from the four-week period ending July 4, but down 0.6% from the all-time high two weeks ago.

“While sustained spurts of home price growth are keeping economic watchers on their toes, underlying strength in consumer demand remains supported by a significant pool of accumulated savings and solid mortgage underwriting,” said CoreLogic Chief Economist Selma Hepp. “Both are markedly different than the home price run-up seen in 2005. Nevertheless, improvements in availability of new listings will help release the tremendous pressure that competing buyers have put on home prices and home price growth, which is likely to slow by the end of the summer.”

Previous: Forbearance Rate Slows to 3.48% of Servicers’ Volume
Next: The American Dream: Barriers and Hope