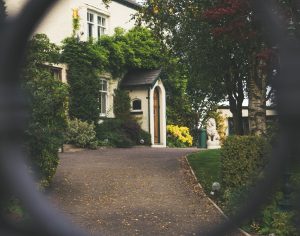 While the coronavirus pandemic thwarted homeownership plans for many young adults, a study published last week showed that it was just one of many factors causing millennials, the housing market's largest demographic of consumers, to pause plans to pursue the American Dream.

Even putting the massive effects of COVID-19 aside, Americans, especially 25-40-year-olds, face mounting debt, high costs of living relative to income, and other deterrents to taking out a home mortgage.

"For most young adults, buying a home is an increasingly unattainable goal," said Nigel Wilson, Chief Executive at Legal & General Group, which conducted the study, which will be published in two parts.

"Millennials we studied cited crushing student and medical debt, and the failure of wages to keep up with the cost of living as accelerators of this generational problem of unaffordable housing," Wilson said. "If you’re under the age of 40, you’re part of a generation that needs access to a bigger and more broadly available supply of affordable housing than currently exists."

Despite the many challenges facing this generation, the study indicated nine of 10 millennials still have homeownership on their so-called bucket list. For half of those respondents, owning a home trumps paying off student debt or saving for retirement.

The in-depth analysis examines housing affordability along with geographic and demographic choices based on age and life stage, and various drivers that shape millennials’ attitudes and plans, including the role of debt, of Covid-19 and its broad effects, and of older generations on millennials' ability—or inability—to purchase a home.

What follows are a few highlights from the study, available in full at legalandgeneralgroup.com. 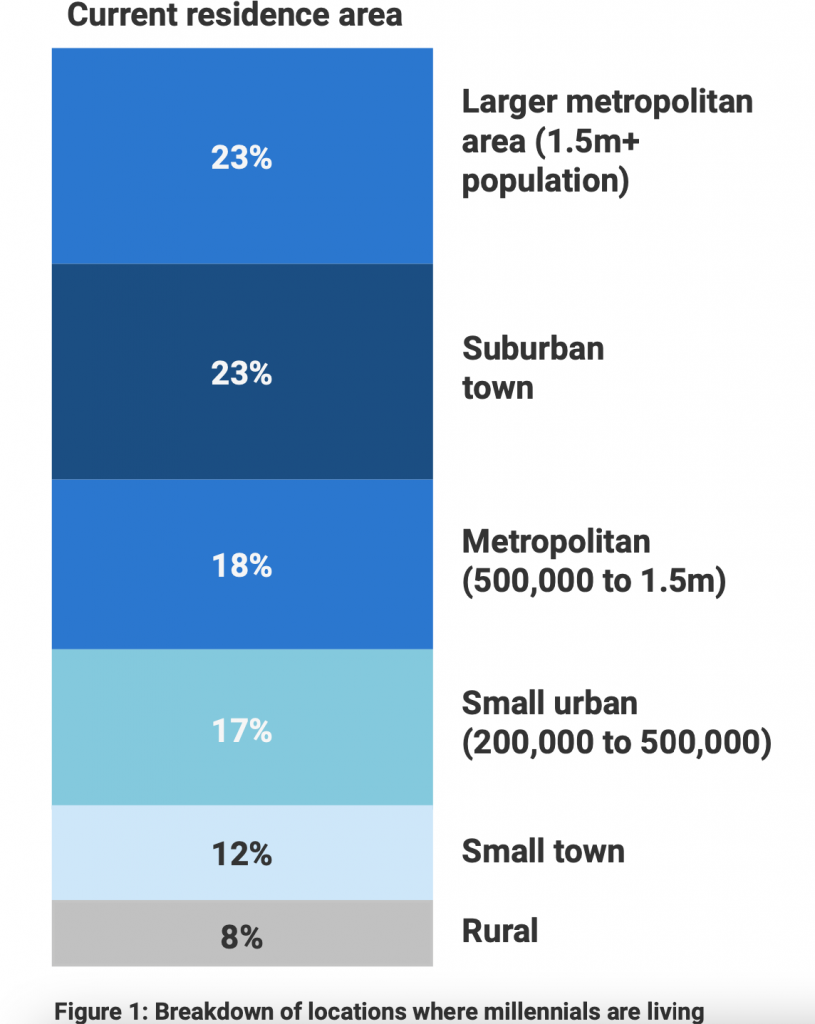 Seven of 10 millennials living in large metropolitan areas say their city is hard-extremely hard to afford. About 37% say they'd move to a smaller town due to affordability. The high cost of renting is preventing tenants from saving, resulting in a postponement of homeownership.

In sum, millennials desire to live in large metro areas, but those areas are increasingly unaffordable; some are willing to forsake the city for affordability, while others have resigned to renting in a metro where they can earn a higher salary (but still not enough to save up).

Says one study participant, "I think it’s just easier to rent. Down payments are a huge obstacle, since wages are the way they are and everything else is going up, on top of crazy high levels of student debt. And then you have to worry about property taxes, your own maintenance, either for appliances, plumbing, lawn care, etc. It’s just a lot for a young person to take when they’re just starting out and there are no real incentives. You’re also tied to one place if you buy and with the job market the way it is, that could end up being a huge issue for someone who might need to move in a year or two, either because of their job or COVID ...”

COVID-19 has shifted perceptions about potential places to live among young adults—more than half surveyed said they'd like to move to a different area, many, in the emerging aftermath of a pandemic, said they desired smaller cities or towns. 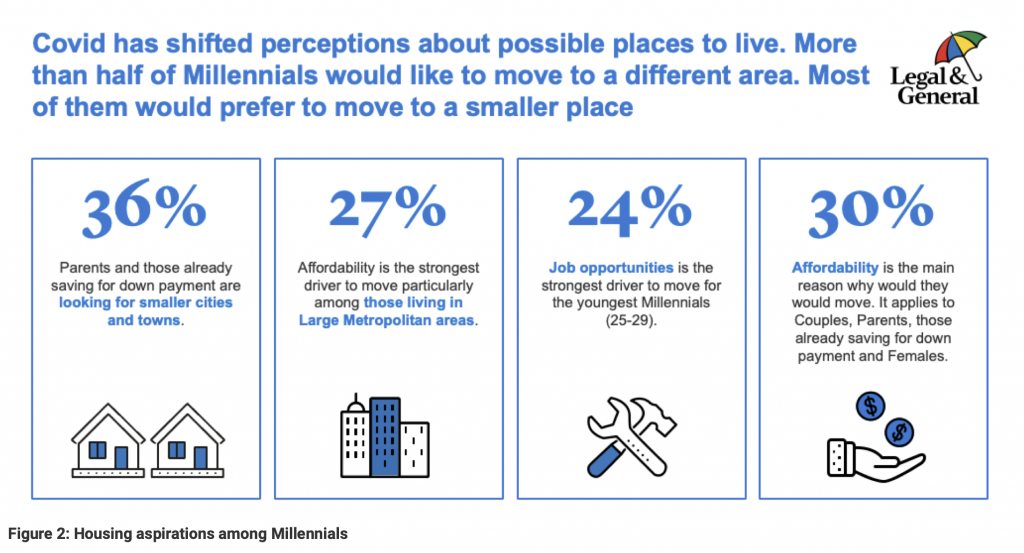 Millennials who have a financial support system stand a better chance of buying a home.

The report pulls data from its 2019 study cleverly titled "The Bank of Mom and Dad study," which found that "family and friends play a correspondingly significant role, supporting the purchase of some $317 billion worth of property across America in 2018. That accounted for 1.2 million homes, with an average sum of $39,000 lent or given. And if The Bank of Mom and Dad were an actual financial institution, it would have ranked the Number 7 housing lender, up in the Top 10 U.S. mortgage lenders."

Aside from seeking fiscal aid from family, the study's co-author, Legal & General Corporate Affairs Director John Godfrey, offers his takeaway, what he calls a multi-pronged solution.

"It starts with increasing the supply of affordable housing and building more overall. But we must also develop different paths toward ownership, perhaps on a rent-to-buy model," Godfrey said. "In addition, developers could be thinking about creating housing attractive to older segments of the population and empty nesters so that as they downsize, younger buyers don’t have to compete with them for that same housing stock.”

The next part of the Legal & General Group study will look further into competition between the Baby Boomer generation and millennials for homes; the effect of wage stagnation and other debt on homebuying, as well as retirement planning, or lack thereof, within the millennial generation.