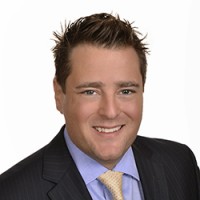 Richard Ormond is a shareholder for Buchalter Nemer based out of Los Angeles, California. Ormond has a background that includes business, banking, receivership law, commercial litigation and work-out experience.  He has particular experience with disputes involving Preferred Equity Structures, Bridge Lending, CMBS and other debt facilities. Additionally, he was recognized as one of “L.A.’s Top 100 Lawyers” by the Los Angeles Business Journal and has been selected as a “Super Lawyer Rising Star” or a “Super Lawyer” every year from 2002 to 2016.

Ormond spoke with DS News about what the options for upcoming defaults entail from a state to state perspective.

From a technical standpoint what are the options for upcoming defaults?

It depends on a lot of factors. We are dealing with a national audience, but in essence you have varied, different responses you can have to a default. It depends if you are a CMBS servicer, a traditional lender, or a hard money lender. There are different approaches you can take, but there are protocols that you have to follow that are pretty consistent across the country. In essence, you have to ensure that you've maintained as well as kept all communications so that you do not have more than one point of contact with your borrower. Also, the person who is that point of contact must be well-versed in lender liability issues so that they don't communicate extensions or modifications that somehow confuse the borrower in respect to their rights in a default situation.

If it's a profit generating property, you have to consider whether you need to lock box rents or income or if you need to do something more extreme, such as seeking the appointment of a receiver to collect those rents and profits while the property issue is in dispute. You also have to be cognitive of the fact that if you get a receiver, you will end up in an enforcement environment with the court involved. There is a cost to that and consideration to take with regards to that situation.

The other issues in some states that you have to deal with are like California, for example, where you have something called "The One Action Rule." You have to be very cognitive of what actions you take either through foreclosure or through judicial enforcement to make sure that you don't compromise any rights you might have with efficiency collections etc.

There are a number of issues that when you get into a default situation that you need to start preparing for. You have to hope for the best, but prepare for the worst in those circumstances. You have to know through either a deficiency process or through some kind of protocol internally that you set up steps to take at the moment that a default that is now incurable takes place.

Most of this applies to servicers, and other types of lenders would follow similar protocol. If a loan is in servicing, they really should be super buttoned up on these protocols because the courts will be unforgiving if they mess up.

Have you had any issues with judicial foreclosures from a state to state perspective?

I have a practice that spans through most of the continental United States and I've dealt properties across the country. It does vary state to state and it is something that if you are not familiar with, or you don't have local feet on the ground advising you, you could be in big trouble.

What I usually recommend in any state is to work hand in hand with the title companies that will make sure you follow the protocols necessary to preserve your rights. Title companies are very good at protecting themselves and in doing so they also protect those who they have insured including the lenders and the servicers. That's part of the approach to having good guidance on the ground from a local title companies or one that has a local presence.

The other thing is to simply map out through counsel or through your own internal experts what is going to be economically the best process and what is going to preserve most of your collateral in that situation. For example, if you have an apartment building with 20 units you may want a very basic “rents and profits” receiver to go in there and babysit the property until you are able to foreclose. In a broken condo situation, you may want a receiver to actually go in there and complete the work, which is a much costlier venture that you will have to fund. If you have a partially completed project that is worth much less collateral-wise than if it's a completed project, each case is going to be different and you are going to want to have someone there to guide you through all those different mechanisms.

Hospitality is a great example because it is a hybrid type of situation where you have rents but they are nightly rents and it’s really the operation of a day to day business. If you are a lender, the last thing you want to do is incur the liability of having those operations under your watch, so is it better to go into court and get a court neutral appointed or is it better to let it ride? It’s just an economic consideration that takes place on a case by case basis.

It’s going to be in conformity with what the judicial or non-judicial processes are in each state. It really does matter where the property is located what governing lawyer you’re working under and the considerations you have to take locally for those types of issues.