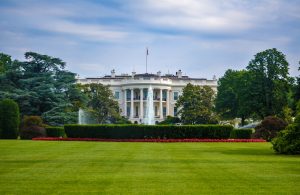 President Joe Biden on Thursday urged Congress to extend the eviction moratorium, set to expire Saturday, also calling on the U.S. Departments of Housing and Urban Development, Agriculture, Veterans Affairs, local municipalities, and other agencies to do the same. The Biden Administration cannot enact an extension on its own due to a recent Supreme Court ruling dictating that new legislation would be necessary for the Center for Disease Control (CDC) to extend its federal moratorium past tomorrow's deadline.

The United States Supreme Court about a month ago denied a request by a group of landlords and real estate associations to invalidate the CDC ban on evictions, but the ruling was contingent on the July 31 expiration date.

The court ruled to allow the pandemic-related stay on all evictions related to non-payment of rent to remain in place through the end of this month. Just prior to the ruling, CDC Director Rochelle Walensky had signed the extension of the moratorium preventing the ousting of tenants from rental homes and apartments and said "this is intended to be the final extension of the moratorium." The FHFA extended its foreclosure and eviction moratorium at the same time. Multiple agencies have granted several renewals of these renter and homeowner protections.

Justice Brett Kavanaugh, who, along with Chief Justice John Roberts, sided with the liberal-leaning judges in the 5-4 denial, wrote that his decision was based on the fact that the CDC moratorium ends in one month.

"In my view, clear and specific congressional authorization (via new legislation) would be necessary for the CDC to extend the moratorium past July 31," Justice Kavanaugh wrote in his opinion. He expressed agreement with the applicants that the CDC was "exceeded its existing statutory authority by issuing a nationwide eviction moratorium."

In a White House brief, the administration says, "given the recent spread of the Delta variant, including among those Americans both most likely to face evictions and lacking vaccinations," it would strongly support extending the ban on evictions, as well as other protections—while billions of dollars in rental assistance funds are distributed—especially in the face of increasing coronavirus cases in areas with low vaccination rates and where more Americans are at risk of losing their homes.

"In light of the Supreme Court’s ruling, the President calls on Congress to extend the eviction moratorium to protect such vulnerable renters and their families without delay," the news release read. It went on to urge the other aforementioned agencies "to extend their respective eviction moratoria through the end of September, which will provide continued protection for households living in federally-insured, single-family properties. The President has also asked these and other departments to do everything in their power so that owners and operators of federally-assisted and financed rental housing seek Emergency Rental Assistance to make themselves whole while keeping families in secure and safe housing—before moving toward eviction.

"Finally, the President urges states and localities, which long ago received Emergency Rental Assistance—including through the American Rescue Plan—to urgently accelerate their efforts to disburse these funds given the imminent ending of the CDC eviction moratorium. With some cities and states demonstrating their ability to release these funds efficiently to tenants and landlords in need, there can be no excuse for any state or locality not to promptly deploy the resources that Congress appropriated to meet this critical need of so many Americans."

The Consumer Financial Protection Bureau on Wednesday encouraged property owners to apply for rental assistance on behalf of tenants who are not paying rent and announced a new tool to help them do so.

"As a landlord, you may think that rental assistance is for tenants. But right now, three in four programs funded by the U.S. Treasury Department’s Emergency Rental Assistance (ERA) Program take applications from landlords,"the CFPB said. "Consider all your options. Money from federal rental assistance could cover up to 18 months of rent—including unpaid rent incurred during the COVID-19 pandemic and future rent in certain cases—when the money is available. Evicting tenants can be time-consuming and expensive. When it’s over, you may never recover unpaid rent."

With this new announcement, Ginnie Mae continues its commitment to issuers that maintain the strength and liquidity of the government mortgage market.