Live-Work-Play Residences on the Rise 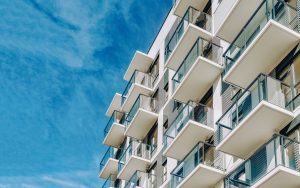 Rental communities that include residential and office and retail space quadrupled over the past 10 years, according to data from Yardi Matrix Data and published by RentCafe.

The data found that 43,700 live-work units were completed in 2021, compared to 10,000 a decade prior. Yardi Matrix found the race to build “vertical villages” peaked during the pandemic with 49,100 apartments opening in 2020.

According to the report, mixed-use was non-existent in 2011 and earlier, making up just 2% of overall projects with a total of 225,100 apartments built in 2011.

After growing to 6% in 2012, the live-work sector now represents 10% of all apartments today. There are currently 580,000 apartments in live-work-place buildings nationwide--more than double that in 2011.

Census data reported zip codes with live-work-play buildings are home to high shares of Millennials, who account for an average of 40% of the area’s population. With the majority of them focused in Manhattan, which is home to one-fifth of the nation’s live-work-play apartments. Manhattan is home to 89,500 units and leads the nation with 49% of apartments incorporating the live-work-play concept.

Houston has the nation’s lowest share of live-work-play units, making up just 7% with just 5,100 units.

Cities with more than 1,000 apartments located in mixed-use buildings were considered for rankings, totaling 83 cities in the U.S.