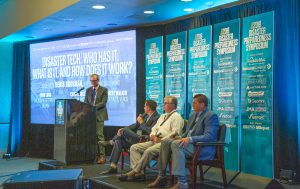 Hurricane Katrina caused more than $81 billion in property damage and killed more than 1,800 people more than a decade ago. Fourteen years later, industry leaders returned to New Orleans not to react, but to prepare, at the 2019 Five Star Disaster Preparedness Symposium.

During his opening remarks at the Symposium, before hundreds of assembled business leaders, Five Star Global President & CEO Ed Delgado addressed the legacy of Hurricane Katrina, both on the city of New Orleans itself and in the form of important lessons taken away from the response to that event and those that came later.

Delgado discussed how houses are marked in the aftermath of a disaster, as well as the impact of flooding in Houston in the aftermath of Hurricane Harvey. A strong focus for both Delgado's remarks and the tenor of the event as a whole was on how the industry can better prepare for future disasters.

"The impact of natural disasters upon housing is, and will remain, a critical focus for our industry," Delgado said. "It is crucial that we maintain an open dialogue with all stakeholders to ensure that we, as an industry, are better positioned to mitigate losses and assist homeowners in their time of need."

Delgado recently appeared on CNBC in a featured series, “Rising Risks,” covering the impact of natural disasters upon the U.S. residential housing system.

Over the course of the day, industry leaders from Fannie Mae, Freddie Mac, Mortgage Contracting Services, DIMONT, and others discussed topics such as crisis communication, preparation, technology, and protecting borrowers from fraud. The event also included a segment focused on Puerto Rico’s ongoing recovery efforts, two years ago Hurricane Maria devastated the island. 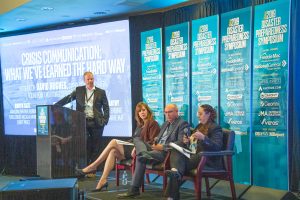 Mabel Guzman, President of the Chicago Association of Realtors, told DS News that she hoped to “learn about solutions and how to effectively mitigate and prepare at every level," from city to state to Federal.

Richard Roniger, Single-Family Performance Management Director at Freddie Mac, said that events such as the Disaster Preparedness Symposium are an opportunity to share best practices and new solutions, so “we can collectively help borrowers when they need it the most.” He also spotlighted the importance of discussing and learning about "new technology and products that could advance our industry, as well as efforts to assist servicers when dealing with disaster-impacted mortgages.”

Guzman, who welcomed attendees with an overview of the day’s discussion, addressed Congress in March, along with the National Association of Realtors, urging them to work toward long-term, sustainable reforms for the National Flood Insurance Program (NFIP).

The NFIP was set to expire on May 31, but was granted a last-minute extension—the 12th in two years. Guzman, however, told DS News that she is not confident a long-term solution will ever be agreed on.

“A long-term solution is not likely,” Guzman said. “We may see another short-term extension while they work out details, or just another one-year extension.”

The NFIP covers 5 million policyholders in flood-prone areas. The Senate had approved two bills to extend the program: the first is part of the disaster relief legislative package that would extend the NFIP through September 30, and the second would provide a two-week extension.

Denis Brosnan, President and CEO of DIMONT, told DS News that technology has played a large role in tracking disasters for many years, and that companies are now taking full advantage of its capabilities.

“As the availability of data continues to grow, as well as the specificity of that data continues to become more readily available, disaster-impact data can then be matched back to a portfolio of properties within as soon as one week after the disaster,” said Brosnan, who is moderating a Symposium panel on disaster technology. “This is accomplished through tighter integrations across third parties and their related providers. Additionally, through real-time alerts and notifications of weather events as they occur … we are able to expand and contract impacted property areas as the size and scope of the disaster changes, which in turn supports better understanding of storm impacts (damage, insurance claims, etc.) and faster response times by service providers.”

Tim Carpenter, Fannie Mae’s Director, Disaster Response & Rebuild, Housing Access, gave an update on Puerto Rico’s rebuild two years after Hurricane Maria. He said working with the Commonwealth and FEMA has been helpful, and there has been progress on homes with mortgages, but there continues to be a struggle in non-traditional housing.

Hurricane Maria served as a harsh reminder of how important it is to prepare before a natural disaster strikes.

“Post Maria even gathering and sharing information was a challenge. Now our Puerto Rican lenders understand that in order to work better together, we need to all have the detailed information. Luckily, better communications and better relationships now exist,” he said.