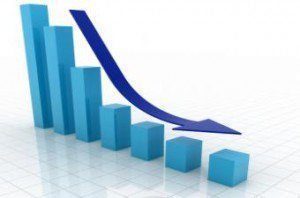 Inventory may be rising, but Redfin's June Housing Demand Index had its worst year-over-year drop in two years. Year over year, the index posted its largest decline—9.6 percent—since April 2016.

According to Redfin, the number of people requesting home tours fell 6.1 percent compared with a year earlier, and 15 percent fewer made offers on homes. That's also the largest year-over-year decline since April 2016.

Across the 15 metros covered by the Demand Index, the total number of homes for sale fell by 3.8 percent and the number of homes newly listed in June fell 1.6 percent year over year, the report stated.

“Although these measures both posted declines, they reflect moderating decreases in the numbers of homes for sale, driven by large increases in some of the most supply-starved markets,” it stated.

"As much-needed large inventory increases finally arrive in some of the hottest markets, buyers are taking the opportunity to be choosy, offering only on well-priced homes," said Pete Ziemkiewicz, head of analytics at Redfin. "Buyers in Seattle are even keeping offer contingencies like the inspection intact, something that has been increasingly rare in recent years. With more homes to go around, buyers don't need to bid as aggressively to win bidding wars, so prices, while still growing, are growing a lower rate, and home sales are slowing."

Ziemkiewicz said the cooling trends are concentrated in the markets “that became the most uncomfortably hot” over the past few years.

“It's too soon to tell whether this is the start of a broader cooling or simply a return to something more like balance in places that had become extreme seller's markets," he said. "Plenty of large markets, like Chicago and Atlanta, are continuing to see increasing buyer demand and shrinking inventory."

According to the report, homebuyer demand In Chicago and Atlanta increased by 4.3 percent and 1.7 percent, respectively, month over month in June. These markets posted year-over-year inventory declines of 5.8 percent and 19.3 percent respectively.

Previous: A Snapshot of Economic and Housing Trends
Next: Wells Fargo Settles Allegations of Fraud for $2.09B