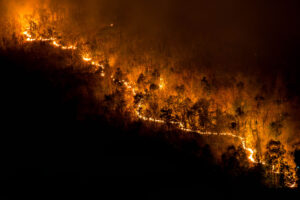 According to research from Redfin [1], homebuyers have paid a premium for high-fire-risk and high-flood-risk homes during the pandemic, as more people have moved into than out of climate-risky areas in recent years, in part because they can often get more bang for their buck and gain better access to nature.

Redfin polled 50 counties, and found the largest percentage of homes facing high fire and flood risk saw their populations increase by an average of 3% and 1.9%, respectively, from 2016-2020 due to positive net migration. In addition, purchases of second homes with high flood, storm and/or heat risk surged roughly 40% over the past two years. Regardless of the increase in migration to climate risky areas, Redfin found that 63% of those who moved during the pandemic believe climate change is or will be an issue in the place they now live. 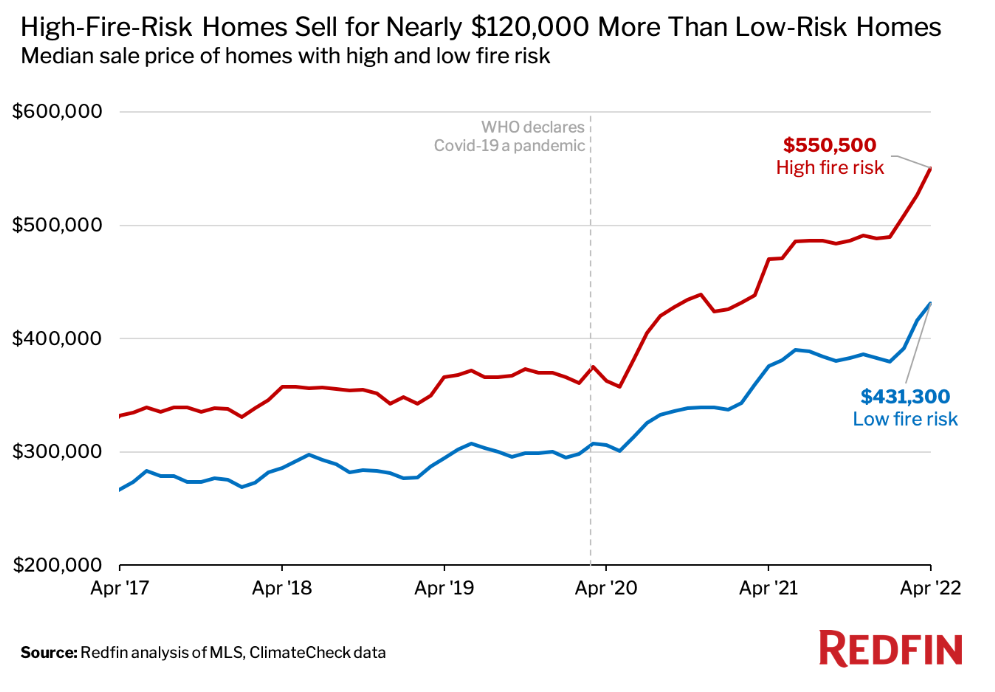 Fire-prone residences in suburban areas saw a surge in homebuyer demand over the last two years, causing prices to jump, despite evidence that home prices have, in the past, recovered more slowly in fire-prone areas in the wake of disaster.

“From devastating floods in Kentucky and Missouri to deadly fires in California and brutal heat waves across the U.S., it’s clear that natural disasters are intensifying. Still, people are moving into risky areas,” said Redfin Chief Economist Daryl Fairweather [2]. “When people decide where to live, they consider a whole host of things ahead of climate change, which has potential implications on their safety, home stability, and finances.”

As climate risk grows, the government is taking action to protect homeowners in these high-risk areas, as Rep. Maxine Waters, Chair of the House Committee on Financial Services, recently announced the House passage of “The Wildfire Response and Drought Resiliency Act,” [3] which included her bill, HR 8483, “The Wildfire Insurance Coverage Study Act of 2022.” HR 8483 requires the Federal Emergency Management Agency (FEMA) and the Government Accountability Office (GAO) to conduct studies assessing the danger that wildfires increasingly pose to communities and how the market for homeowners’ insurance is responding to this growing threat.

According to Pacaso, a tech-enabled real estate marketplace, the trend of people buying second homes and investment properties increased 235% since Q1 of 2020 [4]—rising 25% alone during Q2 of 2022.

"Overall, luxury real estate exceeded expectations and outperformed the rest of the second home category and the overall real estate market in Q2 2022," said Austin Allison, Pacaso Co-Founder and CEO [5]. "Despite a rising interest rate environment and growing concerns of a recession, it is clear that demand for this type of asset remains strong."

A new scorecard, researched and released by Ceres [6], found that federal financial regulators are taking numerous and broad steps to tackle the financial risks of climate change, as outlined by the Biden Administration, in a “clear sign” of regulatory process on the issue. The report provides an in-depth analysis of the some 230 actions taken since April 2021 [6] to protect capital markets, financial institutions, and communities from the ill effects of climate risks.