Home / Daily Dose / How Much Will Foreclosures Surge in the Months Ahead? 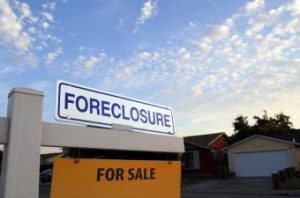 Whatever Congress and the White House decide, the anticipated foreclosure rate on the horizon looks almost certain to surge. In a worst-case scenario, residential evictions due to delinquent loan payments could double or worse in the coming year, according to an analysis by ATTOM Data Solutions. While Texas is not among the regions projected to be hit hardest—such unfortunates include high-end markets concentrated in the West where median home prices top $300,000—it also is not listed among states likely to “escape with the least damage.”

Amid high unemployment-rate projections connected to the coronavirus pandemic, the new study predicts about 225,000 properties next spring will land between initial-foreclosure-notice phase and final resale by lenders that have taken over properties. The number rises to 505,000 in the worst-case scenario developed in the analysis, a situation that would likely play out if U.S. Congress does not continue its moratorium on most residential foreclosures and/or if the government stops subsidizing homeowners who have fallen behind on mortgages.

As of late Monday night, Congress was deadlocked over the moratorium extension and finer points of support for fiscally stressed households.

It should be noted that, while foreclosure moratoriums can bring short-term relief to a market in crisis, they can be ineffective and even potentially harmful when used as a long-term foreclosure prevention treatment, DS News reported in its July 2020 issue.

Any foreclosure surge will burden the housing market—already leveling off after eight years of increases—with another element of uncertainty. However, even if the worst case comes to fruition, the industry has seen worse, an ATTOM spokesperson said.

“The ominous projections are far from a guarantee, and even if they come true, envision less severe damage than what happened during the foreclosure wave that hit during and after the recession of the late 2000s,” ATTOM’s media liaison Christine Stricker said.

The more likely, mid-level outlook projects foreclosure activity will hit 336,000 homes in Q2 2021. Numbers will increase in all 50 states and at least double in as many as 34 of them.

By region, the mid-level forecast shows foreclosure filings will increase about 80% here in the South, rocketing more than three-fold in the West, and by more than double in the Northeast and Midwest from Q2 2020 to Q2 2021.

Previous: FHFA Updates Timeline for Purchase of Qualified Loans in Forbearance
Next: Lessons From the Last Great Recession