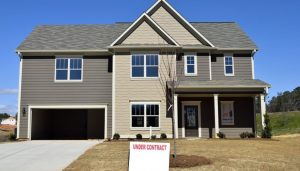 A new study from Redfin has found that pending home sales posted their smallest year-over-year increase (7%) since late June 2020. The supply of homes for sale continued to plateau, as the number of newly listed homes for sale followed its slow seasonal decline. Home sale prices—a lagging indicator and a notable exception to the cooling trend—continued their steady ascent, up 19% year-over-year to $364,250.

"Home sellers are increasingly having to lower their expectations," said Redfin Chief Economist Daryl Fairweather. "Many homebuyers have turned to the rental market amid such high home prices, but now with rental prices growing, I expect many will return to the housing market by spring of next year. The transition to this new slightly cooler phase of the housing market will happen unevenly depending on the location and the desirability of the home. If you are currently looking to buy a home, I recommend that you do your research on how much attention the home is getting before you put in your offer. If you find a home without any other offers, you may be able to get it for below the list price and with inspection and financing contingencies intact." 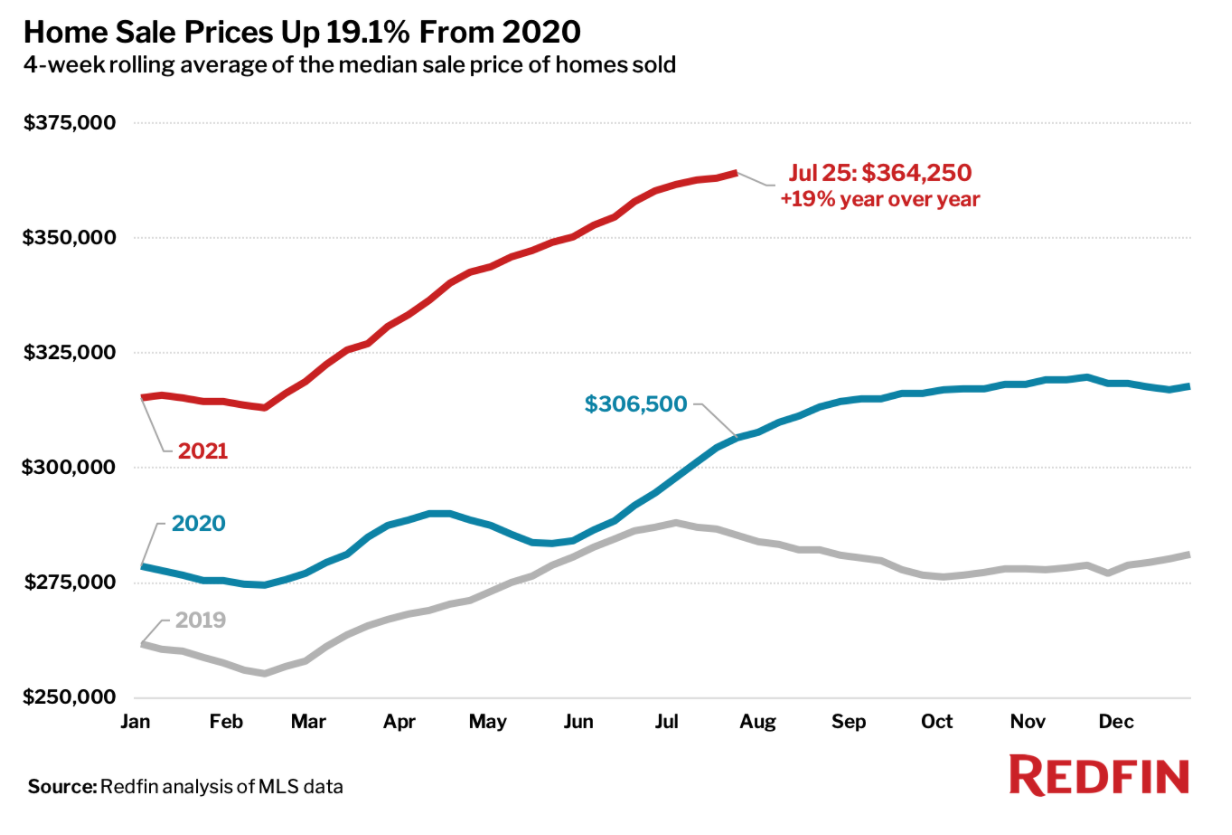 As lack of affordability and inventory, intense competition, and other expenses such as property taxes and maintenance costs contribute to a toughening market for home-owning hopefuls, many are finding condominiums as an alternative. Redfin found that seasonally-adjusted condo sales were up significantly in June, rising 59.7% year-over-year, and pending sales were up 38.2% year-over-year. The typical condo sold for $304,000 in June, an estimated 0.07% above the average listed price.

However, home sellers continue to profit, as asking prices of newly-listed homes were up 12% from the same time a year ago to a median of $357,975, down 1.2% from their all-time high posted four weeks earlier.

"Asking prices are still high, but the share of listings with price drops is rising steadily and could soon reach pre-pandemic levels," said Fairweather. "That's an early indication that we are past the peak for this intense seller's market. Buyers may begin to regain some negotiating power on properties that have been on the market for more than a week."

More than half (51%) of homes that went under contract had an accepted offer within the first two weeks on the market, above the rate of 44% during the same period a year ago, but down 5.7 percentage points from the high point of the year, set during the four-week period ending March 28.

Homes continue to move at a fast clip, as 37% of homes that went under contract had an accepted offer within one week of hitting the market, up from 32% year-over-year, but down 6.2 percentage points from the high point of the year, set during the four-week period ending March 28. Homes that sold were on the market for a median of 16 days, one day slower than the all-time low set in mid-June, and 20 days faster than one year ago.