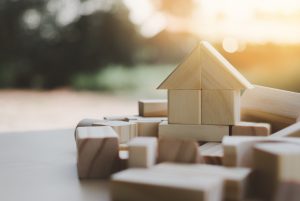 Home ownership is the gold standard when it comes to safe investments, and for low-income residents it can be a reliable vehicle to build generational wealth.

But in terms of wealth inequality, how far does homeownership go toward closing the gap between households of color and white households?

In the first large-scale dive into the Department of Housing and Urban Development’s Housing Choice Voucher Program (also know as Section 8), the researchers used HUD’s internal and administrative data on the program which provides payment assistance for low-income households that rent, own, or need help with homeownership expenses.

The team evaluated households that had access to the same level of housing assistance to buy or rent in the same area but faced different opportunities for wealth accumulation due to race. Tracing wealth outcomes of households that previously had accessed housing assistance and eventually became homeowners during the sample period of 2000 to 2020, the authors investigated how homeownership affected racial disparities in wealth.

All-in-all, the study found that low-income households transitioning to homeownership experience significant wealth gains compared to renting. Renters of color were found to accumulate $1,500 relative to their tenure as renters while white households accumulated $6,100 over the same period, a difference of $4,600. As renters, the wealth difference between minority and white households was only $1,200.

The reasons for this were found to be numerous, with the study pointing out the financial stability of the family and the location of the home to be chief factors among these.

Click here to view the paper in its entirety.