HSBC Next to Pay Reparations for Pre-Crisis Conduct 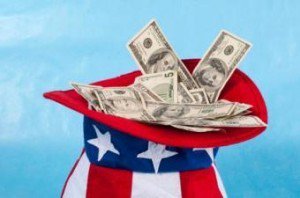 HSBC will be paying a $765-million fine to the Department of Justice, as representative of the United States, over its contributions from the bank that lead up to the 2008 housing and financial crisis. The details of the settlement were reported in the bank’s second-quarter earnings report, relating to RMBS transactions occurring between 2005 to 2007.

The details of the settlement were described as “subject to the negotiation of definitive documentation,” with the caveat that there is no assurance the two entities will agree on final documentation. From 2005 to 2007, HSBC Bank USA purchased and sold about $24 billion worth of loans to HSBC Securities (USA) Inc., which were subsequently securitised and sold by HSI to third parties. “In addition,” the statement continued, “HSI served as an underwriter on securitisations issued by HSBC Finance Corporation or third parties, and HSBC Bank USA served as trustee on behalf of various mortgage securitisation trusts.”

The bank reported pre-tax profits of $6 billion for the three months ending June 30, up 13 percent in year-over-year comparison. Revenue for this same period rose around 1.5percent to $13.7billion, despite what was reported as yet another difficult period for its trading division.

“In June this year, I announced eight strategic priorities for the bank between now and 2020,” John Flint, Group Chief Executive said. “These have two aims—to get HSBC back to growth and to create value. We will seek to achieve these aims by increasing returns from the Group’s areas of strength, particularly in Asia and across our network; turning around low-return businesses of high strategic importance, particularly in the United States; investing in building a bank for the future with the customer at its centre; and making it easier for our colleagues to do their jobs.”