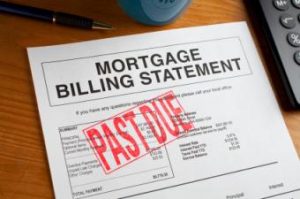 Even though older adults reportedly are more vulnerable to the coronavirus and related physical effects, American households headed by this population seem to be more insulated from pandemic-related economic pains, according to an analysis of data from the weekly Census Household Pulse Surveys (HPS) by Harvard University’s Joint Center for Housing Studies (JCHS) [1].

That said, the news is far worse for families of color, which are impacted disproportionately by pandemic-related financial strain.

“For instance, almost a quarter of lower-income, black, and hispanic older adult households have little or no confidence that they will be able to make their next rent or mortgage payment,” Scheckler said.

Relative economic stability among older Americans during the pandemic may be attributed to lower dependence on work-related income as well as greater likelihood of outright homeownership, the Harvard researchers said, adding that younger households are much more likely to report that someone in their household has lost employment income since the pandemic began.

Many households cut back on food to pay other expenses and, with the end of federal supplemental unemployment benefits, pressure will increase on state and local government safety nets and nonprofit resources, the analysis showed.

“These resources will be crucial as the pandemic continues,” Scheckler said.

Food insecurity—even before the pandemic—was the most common indicator of economic hardship. More than 10% of younger households reported they do not have enough to eat at least some of the time, whereas the food insecure share drops to 3% for those headed by someone 65 and over.

More than a fifth of head-of-households under age 55 with mortgage or rent payments reported no or only slight confidence that they would be able to make the next payment. The number drops to 16% for those headed by a person aged 55–64 and to just 8 % for adults 65 and older. Older adult households were also much less likely to have missed the previous payment (4% of householders age 65 and over) than households under 55 (about 13%).

All of these numbers are more severe for households led by a person of color.

The study showed 18% of black, 14% of hispanic, and 17% of older householders who are Asian or another race or ethnicity report slight or no confidence in their ability to make their next mortgage or rent payment, compared with 6% of white older adults.

“A staggering 24% of lower-income older adult households headed by a person of color have little confidence that they can pay their rent or mortgage for the next month,” according to the analysis.

According to the researcher, as local, state, and federal eviction moratoriums roll back, more older adults could also be at risk of eviction.

“Extending moratoriums and providing housing assistance could help stabilize these households,” Sheckler said. “Already, some state and local rental and mortgage assistance programs ... are helping to keep people in their homes.”

The HPS collects data weekly in order to provide an up-to-date picture of the effects of COVID-19 on households. The method of data collection is described in further detail on Harvard’s website.