A Different Outlook: Complaints as Opportunities 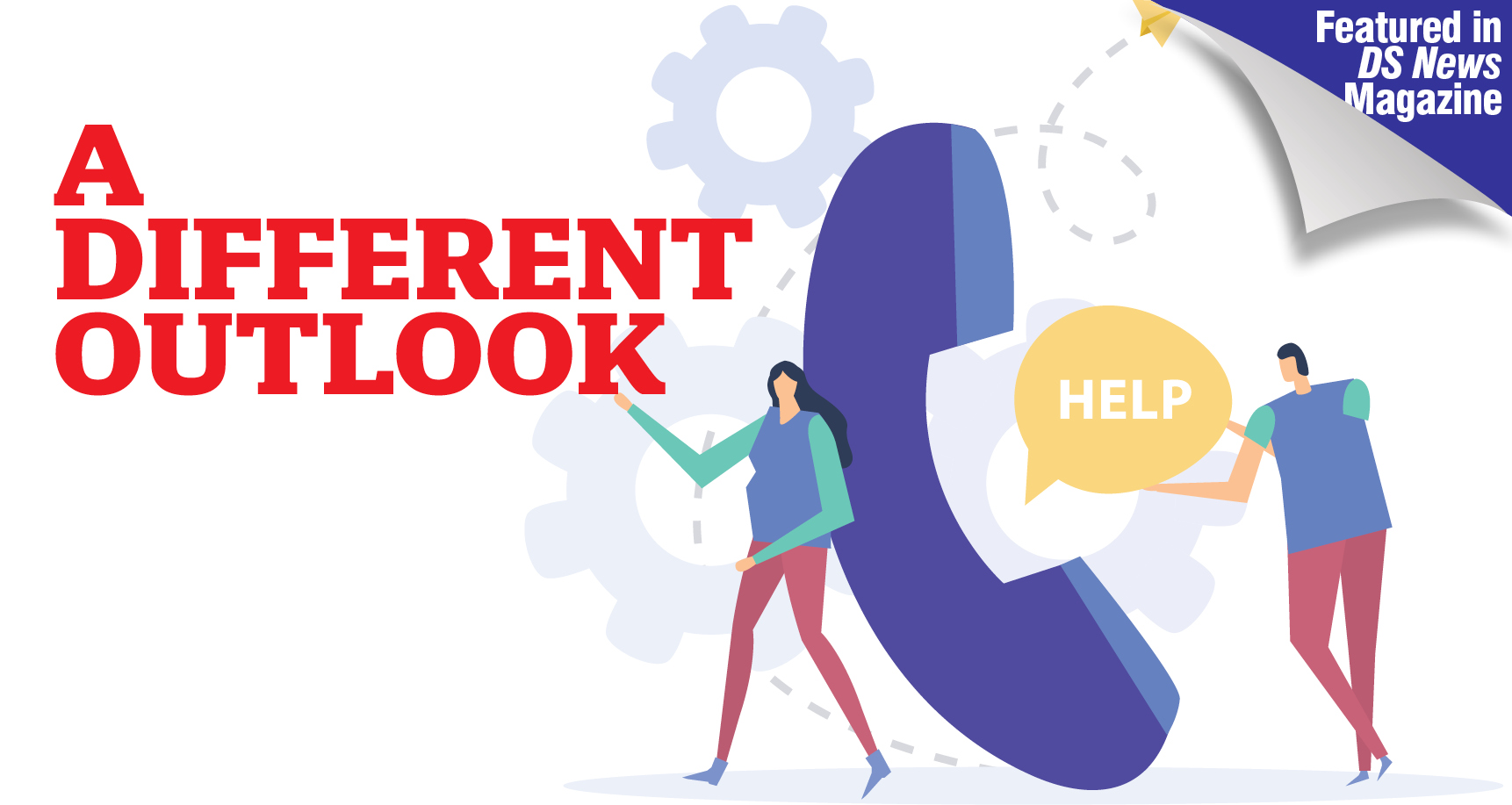 There are many ways to describe what 2020 was like for the mortgage industry, but “nerve-wracking” is probably near the top of the list. Between juggling health guidelines, shifting to Zoom meetings, and managing record refi volume, there was plenty of chaos to go around—and undoubtedly a lot of antacid tablets being swallowed.

The waters haven’t completely settled in 2021, but they are indeed calmer. Businesses are reopening, vaccinations numbers are increasing, and COVID-19 infection rates are on the way down. For mortgage servicers, however, this picture of relative tranquility could change fast. By the end of the year, we’re likely to see an increase in defaults and foreclosures and an increase in borrower complaints. Meanwhile, compliance is taking center stage, as the Consumer Financial Protection Bureau (CFPB) again refocuses its attention on the servicing sector.

Why Not Think Big?

Earlier this year, Acting CFPB Director Dave Uejio said servicers should expect a “tidal wave” of distressed borrowers coming to them for help when forbearance plans come to an end. It’s highly likely many of these borrowers who are still struggling financially will end up defaulting on their mortgages. From what we know about the last foreclosure crisis, an increase in borrower defaults will almost inevitably lead to a jump in borrower complaints to state and federal regulators.

More than ever, a servicer’s job is to ensure consumers are treated in an appropriate manner, and that servicers are not doing anything that could harm the consumer when the consumer is in the right. The problem is that most servicers don’t have the proper systems in place to handle a rapid increase in complaints. In fact, most servicers are using systems that haven’t been updated in years.

This is not so much of a technology problem as a problem of mindset. Most servicers think compliance is about checking boxes to keep the regulators off their back. They also look at compliance and all the investments made into it through staff, technology and outsourcing as “sunk costs.” In other words, the money has already been spent and can’t be recovered.

Both attitudes are problematic, as they prevent servicers from thinking differently about technology, and specifically automation, which have the power to do much more than they realize. Compliance shouldn’t be all about controlling costs. It can—and should—be an opportunity for servicers to do a better job in the market by eliminating the problems that create complaints in the first place.

Such an approach has the added benefits of creating happier borrowers, staying out of the crosshairs of regulators, and reducing reputational risk. Keep in mind, it’s easy these days for a borrower to find out what kind of servicer they have. If I know that my loan is going to be sold to a certain servicer, it’s simple to pull up their complaints and see what type of issues borrowers have with them.

Of course, every servicer receives complaints at some point. Some may involve an irate customer who had an interaction that didn’t go their way. But often, a complaint is a sign that there has been a breakdown in process, or somebody did something they weren’t supposed to. When allowed to stack up, high numbers of complaints will inevitably get the attention of the CFPB, at which point the agency may determine there’s an underlying issue with the servicer. For this reason alone, it’s important for servicers to pay attention and monitor complaints.

When deciding whether to take enforcement action, the CFPB has said it will consider how well servicers help borrowers and resolve disputes. However, it’s not enough for servicers to address complaints and make the borrower whole if the issue is the servicer’s fault. Servicers also need to know where the process breakdowns are and how to fix them so they can reduce complaints going forward.

It’s About Being Better

No servicer enjoys receiving or hearing about complaints. However, complaints offer a great window into the value of what I call a compliance testing ecosystem—one that blends automated processes and technologies to help servicers to do better by regulators, consumers, and themselves.

A compliance testing ecosystem is created by leveraging a technology platform that monitors and addresses all an organization's compliance challenges. This happens through the automation of compliance testing and the use of data analytics, which, when combined, can identify process breakdowns and fix them in short order.

Compared to the manual approaches used by most servicers, creating a compliance testing ecosystem can enable servicers to audit processes 20 times faster. It can also ensure that a servicer's business rules and regulatory rules and guidelines are adhered to with 100% accuracy. Moreover, servicers can increase their coverage. Instead of testing just 1% of the sample size, servicers can now increase it to their maximum capacity—even 100%.

With such an ecosystem, servicers can not only pinpoint process breakdowns but capitalize on them. Traditionally, handling borrower complaints and disputes has been a tedious process; for most servicers, it still is. Logging a dispute, trying to figure out what happened, going through call center operations, and figuring out how it should be handled can take hours, or even days.

With a compliance testing ecosystem, servicers can automate virtually the entire complaint resolution process, so a servicer’s staff can focus on ensuring individual consumers get the help they need. The right platform empowers servicers to organize, centralize, and standardize borrower complaints and then address them before they ever come to the attention of regulators.

The beauty of a compliance testing ecosystem is that everything is handled in real-time via automation. All information about how a dispute is handled, including whether it was rejected or some fix took place, whether the action taken was appropriate, and whether the client was happy or not, is constantly being monitored and tracked. This gives servicers complete transparency into their compliance efforts.

Another benefit of a compliance testing ecosystem is that it forces servicers to act, assuming they implement a quality platform. After a particular process breakdown is identified, servicers can be automatically prompted to fix its root cause, so it doesn’t happen again. These platforms also combine data analytics and AI and machine learning tools to take historical data and predict the likelihood of failures and areas of concern and prevent problems before they happen. This is where the true power of a compliance testing ecosystem is unleashed.

By centralizing all their compliance testing in one place, servicers are also able to view and monitor all the risk factors to their business, including consumer complaints, credit risk, and interest rate risk. This enables servicers to be able to predict and plan for future scenarios and ensure process breakdowns don’t happen. They gain greater visibility of what is happening throughout their organization as well. Ultimately, this protects both the servicer’s operations and its customers when uncertainties happen in the marketplace, as they inevitably do.

Throughout my years of being involved in servicing compliance, audit, and risk, compliance testing functions have always been talked about in terms of sunk cost rates. I urge servicers to instead think about prospective costs, or future costs that may be avoided if the servicer acts. To transform their operations, servicers should consider what they stand to lose by not thinking bigger and leveraging automation to address compliance on a much broader scale.

There’s a risk to not choosing a new path as well. If a servicer’s mindset remains focused on addressing complaints as they occur, they will undoubtedly face additional problems. The better option is to eradicate problems, so they never happen again, while preventing future problems from every occurring. That’s only possible by adopting a compliance testing ecosystem that uses automation to identify the many different risks that humans can’t see.

There’s a great saying that goes, “change the way you look at things, and the things you look at change.” When servicers stop looking at compliance as a source of sunk costs and instead as an opportunity to be a better performing organization and provide better service, it doesn’t matter what is happening in the market. The future will always look brighter.

Previous: The Way Back: A Return to In-Office Work
Next: Mortgage Forbearance Volumes Drop

Zaid Shariff is VP—Head of Solution Design and Product Implementation for SLK Global Solutions, a provider of digital platforms and business process management solutions to the banking, mortgage, and financial services industries. Shariff has more than 12 years' experience performing QC, compliance testing, and internal audits for financial services companies. His past roles include AVP in Charge of Internal Audits at Mr. Cooper and Risk and Controls Audit Manager for Nationstar Mortgage. Shariff can be reached at [email protected]