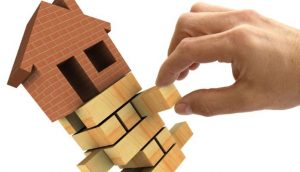 For the first time since early March, the median home sales price missed hitting a month-over-month record high, remaining relatively flat from June through July yet still significantly elevated since last year during the same period, according to Redfin's latest Housing Market Update.

“Although homes are much pricier than they were before the pandemic, homebuyers now have the benefit of very low mortgage rates and a little less competition than they faced earlier in the summer,” said Redfin Chief Economist Daryl Fairweather.

The economist offered an anecdote of what could be things to come.

“This week a young first-time buyer with an FHA loan had her offer accepted on a home near Myrtle Beach, South Carolina after losing out in five bidding wars. I am hopeful that more opportunities like this will arise in the coming weeks if things continue to stabilize.”

Fairweather's hopes are supported by some of the key findings in the study covering the four-week period ending August 1.

Previous: The Week Ahead: Creating Housing Opportunities for All
Next: A Congressional Call to Strengthen Foreclosure Protections