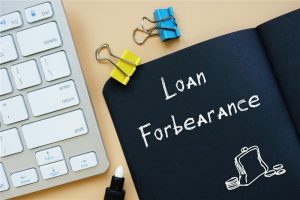 The number of active mortgage loan forbearance plans dropped again Tuesday-Tuesday, declining by 71,000 during the first days of August, according to the research team at Black Knight, which has been monitoring forbearance volumes via its McDash Flash daily mortgage performance tracker since the onset of the coronavirus pandemic.

As of August 3, 1.82 million homeowners are enrolled in COVID-19-related forbearance plans—that is 3.4% of all active mortgages.

Broken down by loan type, 2.0% of Fannie Mae and Freddie Mac loans are in forbearance; 6% of Federal Housing Administration (FHA) and VA loans are in such plans as are 4.2% of loans held in bank portfolio and private securitizations. The improvements were seen in every type—FHA/VA recorded the strongest reduction with a 36,000 or -4.8% decline. The GSEs' numbers dipped by 18,000 or -3.2% from the week before, and portfolio/private loans dropped -3% or 17,000.

On a month-over-month basis, forbearance plans are down 131,000 or -6.7%. It's a slightly lower rate of improvement than what's been seen in recent weeks, wrote Black Knight's Andy Walden, pointing to 121,000 plan exits this past week which made up only about half of what he saw in the first week of last month. But he attributes that to the initial wave of forbearance entrants went through their 15-month review process in July.

Starts, including new plans and restarts, slowed down this past week and hit their lowest weekly mark since early July.

Of the plans reviewed over the past week, just under 60% were exits, with the other 40% being extended. That's down from a 65-35 exit/extension ratio at the same time last month, Black Knight reported.

Some 340,000 plans are slated for review for extension or removal this month. And estimated one third of those are set to reach their final expiration based on current allowable forbearance term lengths.

Throughout the coronavirus pandemic, the Consumer Financial Protection Bureau has been drafting and updating rules for servicers facing an onslaught of inflowing forbearance plans, and now, exits, in an effort to support a smoother transition within the housing market at large. The final CFPB rules do not go into effect until August 31.

2021-08-06
Christina Hughes Babb
Previous: A Different Outlook: Complaints as Opportunities
Next: The Week Ahead: Creating Housing Opportunities for All