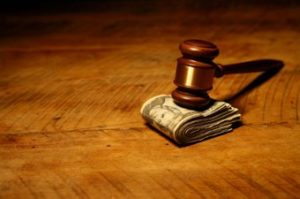 The Southern District of Florida (Federal Bankruptcy Court) issued a memorandum opinion addressing two debtors’ proposed chapter 13 plans, both of which included a balloon payment to their respective mortgagees in the final month of the plan. In re: Dora Benedicto, and In re: Claudia Del Carmen Gonzalez. The Court, limiting its opinion to an analysis of “the legality of the balloon payments” under section 1325 of the bankruptcy code, surmised that the balloon payments included in the proposed plans violated the “plain language” of 11 U.S.C.A. § 1325(a)(5)(B)(iii).

Section 1325 (a)(5)(B) of the bankruptcy code allows a court to confirm a chapter 13 plan over a secured creditor’s objection; however, among other requirements, the “periodic payments” must “be in equal monthly amounts.” The debtors and at least one bankruptcy court interpreted “periodic payments” to exclude a final balloon payment because a “balloon payment satisfies the debt in full and thus by definition cannot be repeated periodically, whether in equal amounts or otherwise.” In re Cochran, 555 B.R. 892 (Bankr. M.D. Ga. 2016).

The Southern District disagreed with this limited definition of “periodic payment” saying it was “a stretch.” The Court explained:

“As the last payment, the final payment will never be ‘recurring,’ but it is still the last in a series of ‘periodic’ payments and, therefore, must be equal in amount to the preceding payments.”

The Court also rejected the debtors’ argument that the provision requiring plan payments to be in “equal monthly amounts” only applied to “creditors secured by personal property.” The Court noted the legislative history  “of this particular Bankruptcy Code provision is thin,” but that the placement of the amendment to section 1325(a)(5)(B) supported its conclusion that the legislature intended the provision to apply to “all holders of secured claims, including mortgagees.”

[T]he ‘equal monthly payment’ provision is located in section 309(c) of Title III of BAPCPA. Title III is named ‘Discouraging Bankruptcy Abuse,’ and section 309 is titled ‘Protecting Secured Creditors in Chapter 13 Cases. The Court concluded the “text and structure of BAPCPA” supported its conclusion that a balloon payment was prohibited under 1325 as did the “majority rule” on the issue.

The Southern District’s interpretation of section 1325 is well-founded. Without adequate monthly payments that reduce the debtor’s mortgage principal, the borrower may be unable or unwilling to make the balloon payment at the end of the chapter 13 plan despite reaping the benefits of the plan for all but the last month. Obviously, this holding and section 1325(a)(5)(B) does not prohibit the debtor and mortgagee from reaching mutually acceptable terms to a chapter 13 payment plan, but the bank will not be forced to accept a one-sided plan that could act as a disincentive to the debtor’s successful completion of the plan.