Number of Americans in Forbearance Plans Continues to Fall 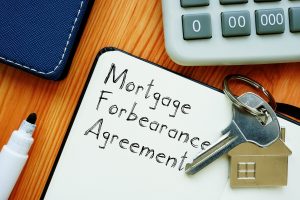 The Mortgage Bankers Association's (MBA) latest Forbearance and Call Volume Survey has found that the total number of loans now in forbearance decreased by seven basis points from 3.47% of servicers' portfolio volume in the prior week to 3.40%, as of August 1, 2021. According to MBA's estimate, there are approximately 1.7 million homeowners currently in forbearance plans.

By stage, 9.7% of total loans in forbearance were in the initial forbearance plan stage, while 82.9% were in a stage of forbearance extension. The remaining 7.4% are forbearance re-entries.

"Forbearance exits increased as August began, and new forbearance requests declined, resulting in the largest decrease in the share of loans in forbearance in three weeks," said Mike Fratantoni, MBA's SVP and Chief Economist. "Nearly 1.7 million homeowners remain in forbearance, 13% of whom were current on their payments as of August 1st. Of those who exited forbearance last week, more than 10.5% were current. Forbearance has surely provided both insurance and assurance for many of these homeowners who worried about ongoing hardships, and it is positive to see so many continue to be able to make their payments while in forbearance."

“Delinquency rates have increased slightly for borrowers who have exited forbearance and began repayment plans, deferral plans, or modifications over the course of the pandemic,” said Fratantoni. “However, July's strong job market report provides evidence of a rebounding economy, which should provide further support for homeowners exiting forbearance in the months ahead."

Late last week, the U.S. Bureau of Labor Statistics (BLS) reported that for the month of July 2021, total nonfarm payroll employment rose by 943,000, and the unemployment rate declined by 0.5 percentage point to 5.4 percent%, with job gains seen in leisure and hospitality, in local government education, and in professional and business services.

“The unemployment rate, derived from the household survey, fell by five-tenths to 5.4% in July, as household employment rose by more than one million and the labor force participation rate rose by one-tenth to 61.7%,” explained Doug Duncan, Fannie Mae Chief Economist. “The increase in participation is also a welcome sign given that it has been slow to recover toward its pre-pandemic level; participation is still 1.6 percentage points lower than in February 2020, as many people remain hesitant to return to the workforce for various reasons. Additionally, there were 930,000 voluntary job-leavers in July, and the number of persons working part-time but who would prefer full-time employment continued to trend down, both positive signs of a continued labor market recovery. Average hourly earnings growth accelerated to a 4.0% year-over-year pace, which we believe could potentially exacerbate pricing pressures already present in the economy. Finally, we note that residential construction employment grew by only 8,300 in July, down from the previous month; we believe more job gains will be needed here to ease supply constraints in this sector.”

In terms of weekly servicer call center volume, calls increased relative to the prior week. from 5.5% to 6.8%, with the average call length increasing slightly from 7.8 minutes to 7.9 minutes.

Previous: AVMs: Then, Now, and in the Future
Next: Housing Market Finds Some Relief in July

HUD has announced a change to the length of time that HUD-owned REO properties have exclusive listing rights for owner/occupants and “mission-minded” organizations. Here’s what you need to know.