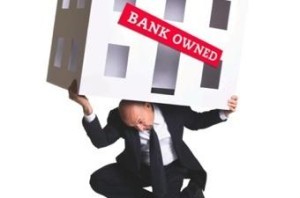 ATTOM Data, has released the latest iteration of its Foreclosure Market Report for July 2022 and found that there were a total of 30,358 properties with some form of foreclosure filing against it.

Default notices, scheduled auctions, and bank repossessions are also down 4% month-over-month, but it is now up 143% since the same period last year.

"While it's encouraging to see both foreclosure starts and completions drop off a bit in July, it's also worth noting that there may be some seasonality impacting the numbers," said Rick Sharga, EVP of Market Intelligence at ATTOM. "In eight of the last 10 years Q3 foreclosure activity has been lower than the previous quarter, so we might just be seeing a return to a more normal seasonal pattern of delinquencies and defaults."

However, foreclosure starts increased on a monthly basis in 21 states. Lenders started the foreclosure process on 21,428 properties in July, down 4% from last month but up 226% from the same period last year.

“It appears that a few states are still catching up on processing foreclosures on loans that were seriously delinquent prior to the pandemic, which accounts for the year-over-year spike in foreclosure starts,” Sharga added. “But early-stage delinquencies continue to be lower than normal, so once these older loans have re-entered the foreclosure process, it will be interesting to see if foreclosure starts fall off significantly.”

Foreclosure completion numbers also decreased by 5% from a month ago as lenders repossessed 3,068 properties through completed foreclosures (REOs) in July 2022, down 5% from last month but up 27% from last year.