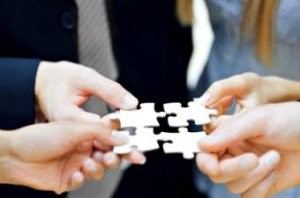 In recent release from Fannie Mae [1], it was found that more Americans have been creating shared households in which parents, children, grandparents, or other extended family live together in a home and contribute to rent or mortgage. The release finds that extended income households have particular strengths that can be important to lenders.

According to Fannie Mae [2], these households stay together when faced with hardships or when times get tough and are therefore more likely to continue to pay their mortgage, even when house values decline. This is attributed to their incomes being more consistent because their earnings come from multiple sources.

One of the causes for this trend noted by the release is the Great Recession, which caused a crunch on housing affordability. This affected not only just purchasing a home, but even going out on one’s own and creating a household.

Fannie Mae cites the U.S. Census Bureau’s estimate of the total number of households formed in the United States as remaining stagnant during 2012 through most of 2014, and then increasing in 2015. They say that this suggests that it’s difficult, particularly for the younger generation of Americans, to find a place to live on their own.

The Pew Research Center also announced in May 2016 findings that indicated for the first time since recording the data, they found more Americans between the ages of 18 and 34 were living at home with their parents than the share of those in the same age group living alone or with a partner and their late entry to homeownership is attributed to the fact that they weathered the economic challenges of the recession and its aftermath.

Scott states, “Mortgage lenders… [should] review their treatment of non-borrower and boarder income,” and according to the release, Fannie Mae created the HomeReady mortgage, which takes into account extended-income households in assessing the household’s total income in certain situations.

According to Anne McCulloch, Fannie Mae’s senior vice president for credit and housing access, “[Walt’s] research and the HomeReady mortgage are examples of how Fannie Mae focuses on understanding the choices consumers make and building affordable, sustainable mortgages that align with those choices.”